London three piece IS TROPICAL are set to release the new single South Pacific, the first for their new label KITSUNE’, on the 22nd of November 2010. 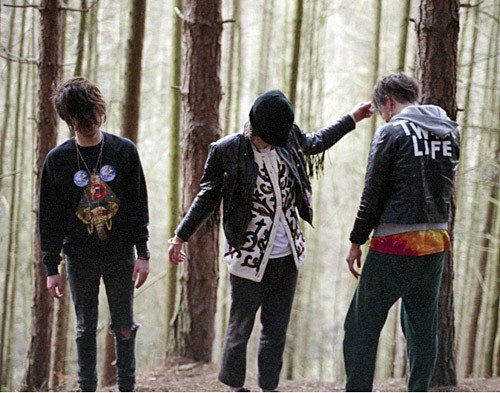 The new single is only IS TROPICAL’s second release and is a taste of what to expect from the band’s debut album, which is due on KITSUNE’ / CO-OP early next year.

Formed last year, the IS TROPICAL have developed a country wide reputation for their stunning live shows.

WHAT KIND OF MUSIC DO YOU MAKE / PLAY?
Basically pop music. A lot of synths, heavy bass and drums with effected pop melodies swimming over the top.

WHERE ARE YOU FROM?
We’re a London based band now. Simon and Gary grew up in Bournemouth, Dom came from wakefield.

HOW DID YOU GUYS GET TOGETHER AND WHEN?
Gary and Simon new each other since kids, doing graffiti together. Then moved to London where they met Dom through a mutual friend and started making music straight away.

WHO ARE YOUR INFLUENCES IN THE MUSIC INDUSTRY?
Our influences come from all over. We all grew up listening to hip hop, it was that era i guess. Most of our songs can be broken down into different genres, like punk chord changes with a dance melody and a hip hop beat.

A lot of our friends influence us also – One Man Destruction Show, TEETH!!, Crystal Fighters. Good to feed off what is around you. 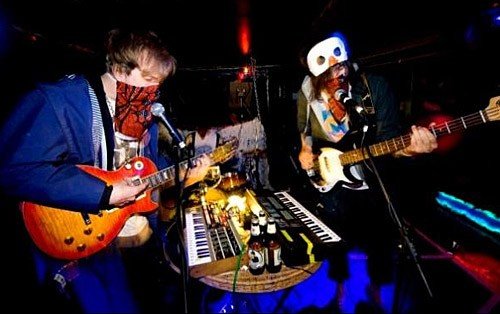 WHAT HAS BEEN THE HARDEST PART OF BEING IN THE BAND FOR YOU?
Lack of sleep is fine. It’s the work we have to do with it. Some mammoth traveling can happen but this is also the up side to being in the band.

TELL US A BIT ABOUT YOUR EARLY DAYS AND HOW THEY DIFFER FROM NOW?
Less bus journeys with all our equipment, our jack leads work and the riders are slightly bigger. It’s all a slow climb, it’s not one day playing a pub then ‘Pack your bags, your going to New York!’

WHAT WAS THE LAST GIG YOU PLAYED, WHAT DID YOU THINK OF IT?
It was Manchester at the ‘In The City’ great gig, nice and late. Only problem is that we had a curry that gave us all the shits for 3 days after… 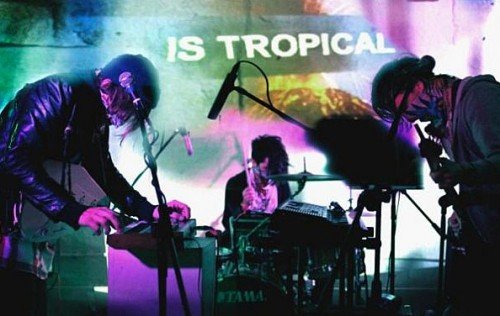 HAVE YOU ANY FORTHCOMING GIGS IN IRELAND OR NORTHERN IRELAND? IF SO ARE YOU LOOKING FOR WARD TO THEM AND WHY?
We Support Mystery Jets in Dublin and Belfast in 2 weeks. We’re all looking forward to it because we’ve never been. We want to see if a Guinness is really that much better like we’re always told.

DO ANY OF THE BAND HAVE ANY IRISH OR NORTHERN IRISH CONNECTIONS? IF SO TELL US ABOUT THEM?
No Irish at all. Even though everyone always says they have Irish in them, especially around St. Paddies day. In America it’s crazy how many people say they’re Irish.

WHATâ€™S THE MOST SUCCESSFUL THING YOU GUYS HAVE DONE TO DATE?
Playing Russia was amazing! The gig was fucked due to the sound guy not speaking English and us not speaking Russian.

But the people and sights were amazing, and knowing that our music got us there was crazy.

WHO HAS HELPED YOU THE MOST GET TO WHERE YOU ARE TODAY?
A band called Babe Shadow basically lent us all our instruments, good guys.

Manager Paul Resende is the 4th member for sure, always there for us no matter what time it is, except Sundays because he’s very religious. all our team really Giovanna Ferin, Andy Fraser, Ed Tompson and all at Kitsune.

WHAT’S COMING NEXT FOR THE BAND?
Single out 22nd November with an album to follow in the new year.

IS IT HARD BEING A NEW BAND IN TODAY’S INDUSTRY?
Yeah all the money is in football even though they are shit in worldly standard even though English music is up there with the best. Gonna have to riot about the pension, no way musicians will last till 66.

HOW IMPORTANT IS THE INTERNET AND SOCIAL NETWORK SITES TO THE SUCCESS OF YOUR BAND?
Internet is killing music and at the same time pumping life into it. It’s a tricky state of affairs.

QUICK-FIRE QUESTIONS:
WHO’S THE MESSIEST IN THE BAND?
Dom

WHO IS HARDEST TO LIVE WITH ON TOUR?
Hoey – Tour Manger

WHO IS THE JOKER AND WHY?
Gary – Tried it in the stand up circuit before music

WHO MOANS THE MOST?
All

WHO IS THE MOST ROCK N ROLL AND WHY?
Gary – Smashes a guitar daily

WHO IS THE LOUDEST?
Dom

WHO IS THE MOST ANNOYING?
Simon

WHAT’S THE MOST EMBARRASSING THING SOMEONE IN THE BAND HAS DONE?
Shit themself

WHO WOULD YOU MOST LIKE TO COLLABORATE WITH IN THE INDUSTRY?
Pixie Lott

WHO WOULD YOU MOST LIKE TO COLLABORATE WITH IN IRELAND OR NORTHERN IRELAND AND WHY?
Van Morrison – Genius