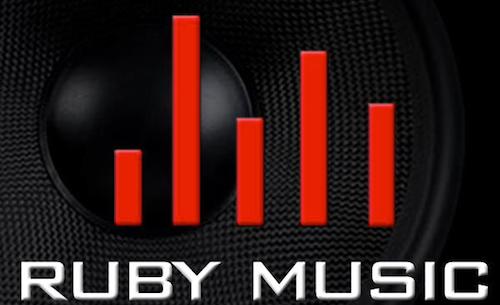 Why did you decide to form Ruby Music with Alex Jones and Colin Burr?

Ruby Music has always been a one man operation CEO Alex Jones, which has been frustrating for many different reasons. He have always dreamed of the right people coming along to help him with this project, as he felt that it could really take off with objective, creative input from other people. Myself, our bands and Ruby Music as a whole, are extremely lucky to have found that in Colin Burr (band manager of Black Delta Movement) and myself a former aid to Bruce Replogle.

Why do you think Irish labels are being ignored so much?

I don’t think Irish labels are being ignored internationally, quite the opposite. But they are being ignored internally, by their own press. In fact, if I was to go a little deeper, I’d say “Ignored” is probably the wrong word as people like Hotpress Magazine aren’t even aware of the Independent music scene in Ireland. They don’t look for it or seek it out. It’s embarrassing really because you can bet your bottom dollar that if an Independent Irish band they’ve never mentioned before, like our own – Ka tet – for example, start making serious waves abroad, they’ll be all over them, as if they were the very ones who watered the seed.


What has been the hardest part of being in the music industry for you?

Ruby Music has had some success with Irish bloggers, who are always behind the Independent scene and willing to help, but as far as the “Traditional” press, they haven’t shown the tiniest bit of interest in us, or other Indie labels, and that pretty much shows how much they really care, OR how much The Irish Indie Scene needs them. Thankfully, International eyes are firmly planted on the incredible talent here so, they can carry on reporting to their ever decreasing audience about what Glen Hansard has for breakfast every morning, blissfully unaware of what’s exploding around them.

What has been the best part of being in the music industry for you?

Growing something from the ground up, with very little money has been extremely challenging but hugely rewarding. Building a Music label and having attention from people like yourselves makes everything worthwhile. We haven’t sold records yet, but to be able to give our wonderful bands something back, makes me smile from ear to ear, every single day. Having a roster full of people that believe and understand what we are trying to do, is very flattering. But I’d have to say, just being a part of their music beats everything for me.

What are your dreams and goals as a music label?

To break our acts internationally and grow with them, quick enough for them to want to stay with us, and if not, then help them move on to bigger things while looking back and smiling.

What has been the best part of being in the music industry for you?

Growing something from the ground up…