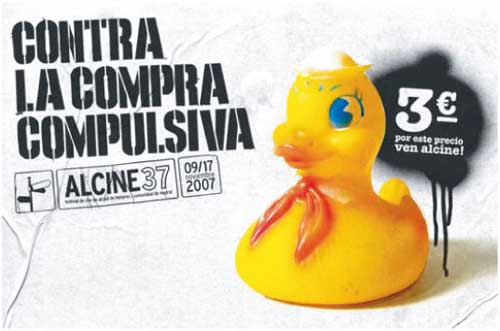 The Festival de Cine de AlcalÃ¡ de Henares (ALCINE) runs from 9th Ë† 17th November and has emerged as one of Spain’s most important short film competitions. In its 36 year history the festival, which specialises in short films, has focused from time to time on works from a specific country. Previous focuses have included documentaries from Latin American directors, animated films from China and short films from Brazil. This year the Festival, assisted by Reel Ireland, will focus on and celebrate Irish short films.

The Irish Day screenings are divided into various sections, recent Irish shorts, short shorts, Fantastic & horror Genre and also screens a full length film which will be Niall Heeryâ€šs acclaimed Small Engine Repair. There will also be a music concert with Garrett Wall.

A number of Irish directors whose work will feature in the Festival will attend the Festival including Ken Wardrop, Jason Tammemagi, Niall Heery, Macdara Kelleher and Margaret Corkey among others.

Explaining this new addition to the Festival programme the ALCINE festival explained that they hope to cast some light on the current Irish cinema and allow the audience to experience and enjoy these short films.

Karen Wall of Reel Ireland said The festival at Alcine is a wonderful recognition of the value of short films. Their importance is often overlooked when it comes to Irish cinema. They provide a challenging medium for filmmakers to experiment and develop their own style and technique while being pushed to tell their story in quite a limited time frame. Irish Dayâ€š is a chance to gather together both the films and the filmmakers to view and celebrate these sometimes unrecognised treasuresâ€š

The films have been supplied by Reel Ireland, the organisation which makes titles from the Irish Film Archive of The Irish Film Institute available to cultural exhibitors abroad.

For over a decade the Irish Film Archive of The Irish Film Institute (IFI) has been making its unique collection available to cultural exhibitors abroad. Building on our ongoing work in this area, 2005 saw the creation of Reel Ireland. This touring package of Irish films, designed to promote our film culture internationally, is curated by the Archive and supported by Culture Ireland. The package, which is updated annually, comprises contemporary feature films, documentaries, shorts and classic archive titles, and offers audiences everywhere an exciting opportunity to experience some of the diversity of Irish cinema.