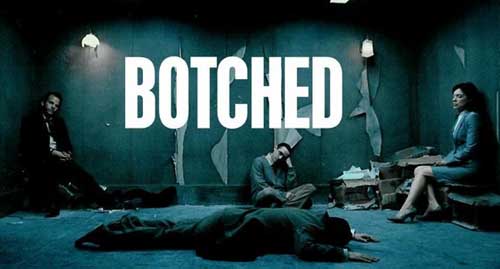 The comic horror thriller Botched, filmed in Wicklow, the south of France and Moscow, took the top prize at the New York Horror Film Festival. Making his directorial debut, Kit Ryanâ€™s spoof thriller is set in Moscow and stars Stephen Dorff as a thief sent to Russia to steal a priceless antique.

Dorff, who won the Best Actor Award at the festival, and his psychotic Russian accomplices kill a woman during the robbery and after being trapped by police, take hostages on the unused 13th floor.

Here they face off against an unknown serial killer, a descendant of Ivan the Terrible, who plans to go on a beheading spree.
Botched also stars Irish actors Bronagh Gallagher and Hugh Oâ€™Conor alongside Jamie Forman, Jaime Murray and Geoff Bell.