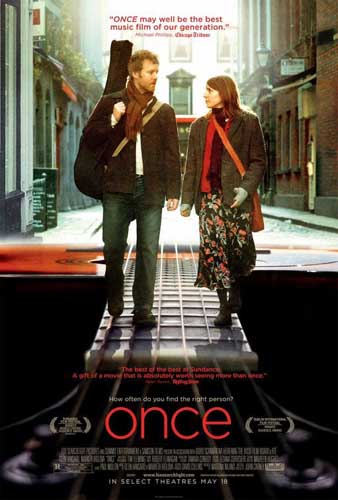 By Andrea Clarke
THE director of Irish low budget film Once is being head hunted by Hollywood studio bosses.
Written and directed by John Carney, Once has become an unexpected box office hit in America, and now studios and A list stars are courting the Irish man to work on his next project.
The film tells the story of an Irish street musician, played by Dublin rock band The Framesâ€™ lead singer Glen Hansard, who lacks the confidence to perform his own songs and who finds a muse in a Czech flower-seller, played by Marketa Irglova, and pianist he meets on the streets of Dublin.
Once is only playing in 150 theatres across the US but has made $7 million (Â£3.5 million) at the box office, despite being made for only Â£75,000.
The film won the Best Audience award at the Sundance festival in January and its music is the number one soundtrack in the download charts and is even being tipped for an Oscar nomination.
Carney, the former bassist of Dublin rock band The Frames, is getting ready to film his next movie, a black comedy about an agoraphobic living in Boston.
Shooting begins in January and while he has yet to cast it, the Irish director has been inundated with requests from Hollywood stars for a part in the film.
He said: â€œIâ€™m at my parentsâ€™, having Sunday lamb, and Travoltaâ€™s agentâ€™s on the line, leaving a message: â€˜I hear youâ€™re making a film. Iâ€™d love you to meet up with John. Is there any way you can think of John for a role?â€™
â€œItâ€™s hilarious. The bank managerâ€™s also been on the line complaining about the ten grand I oweâ€.
Once, which was largely funded by the Irish Film Board, will be released in Britain on October 19.
Â©INK WELL PEOPLE