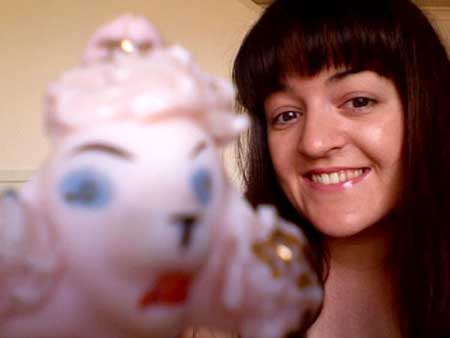 Itâ€™s been non-stop lately for the star of RTEâ€™s Naked Camera, Maeve Higgins, who is now set to make her Vicar Street debut on Saturday, 10 November.

After hughly successful gigs at the Edinburgh Fringe Festival in August as well as a sell-out performance at the Cork Opera House, Maeve will be entertaining the people of Dublin with a collection of her best stand up work yet.

Maeve Higgins is a fireband. Well, more like a sparkler. She is controversial and doesnâ€™t care who gets hurt. Except that she does really. Since beginning stand up three years ago, she has performed in comedy festivals around the world, including Edinburgh, Melbourne, Adelaide and Kilkenny.

Maeve rapidly rose to an uncomfortable level of notoriety on Irish television in the past two years, on the most watched comedy show in the country, RTE’s Naked Camera. She is also a regular contributor to the Ray D’Arcy show on Today FM and recently appeared as a central character on â€˜The Modest Adventures of David Oâ€™Dohertyâ€™.

“a master of edgy comedy” – The Sunday Times