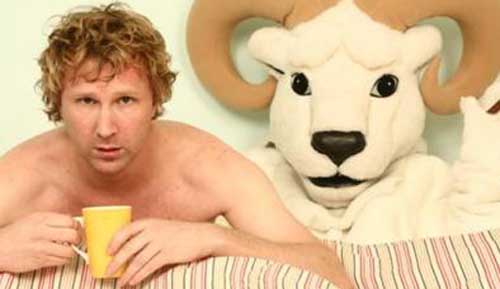 By Tina Calder
MADCAP Irish comedian Jason Byrne has revealed a new idea which he thinks might make him a TV and radio star this year.
The chaotic funny-man unveiled his wacky idea at this yearâ€™s Edinburgh Fringe Festival.
His one-man show entitled Jason Byrneâ€™s Telly Idea Which May Also Work On The Radio Show is a panel game that gets fellow comedians playing wacky quick fire rounds and a twist on Play Your Cards Right.
The panellists have included Stephen K Amos, Jo Caulfield, Jason Manford and John Bishop.
â€œAll channels welcomeâ€, says Byrne. â€œPlease bring contract on the day as this will save time and hassleâ€.
A source close to the comedian said that this is one occasion where the star hopes he will be taken seriously.
She added: â€œJason turns everything into a joke, Iâ€™m not sure he talks about anything in a serious manner â€“ itâ€™s just the kind of person he is.
â€œInstead of pitching his ideas separately to TV and radio stations he just throws them out there in the madcap fashion people are used to.
â€œHe is slightly mad, but itâ€™s genius and heâ€™s confident someone will be interested in this new show idea.â€