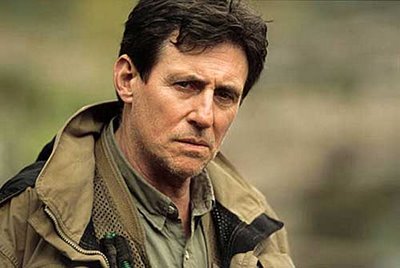 IRISH actor Gabriel Byrne is set to star in a new drama for American cable network HBO.
The half hour show, In Treatment, sees the Dublin actor play a therapist who is calm, smooth and insightful with his patients but is an angry, self-doubting mess when he goes to his own shrink.
According to sources, HBO has given a five-episode order to the the drama, based on an Israeli series, and the episodes will be treated as one long pilot presentation.
The pay-cable channel broadcast groundbreaking and award-winning shows including Sex and the City, The Sopranos and Six Feet Under.
Law & Orderâ€™s Dianne Wiest has been cast as Byrneâ€™s therapist and mentor, while Sex and the Cityâ€™s Blair Underwood and Aliasâ€™ Melissa George will star as his patients.
The Usual Suspects starâ€™s new film, Emotional Arithmetic, with Susan Sarandon and Max von Sydow will close the Toronto Film Festival in September.
The film, shot in Quebec, portrays three children bonding in a detention camp on the outskirts of Paris during World War II. They separate after surviving the ordeal and later reunite as adults at a dinner party in Canada.