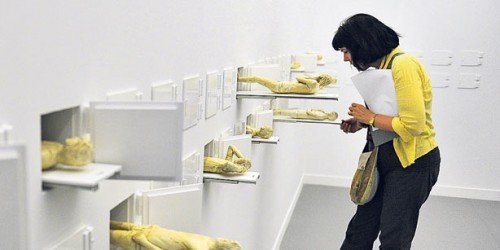 Iraqi artist Adel Abidin’s exhibition ‘Symphony’ pays tribute to the victims of Iraqi violence and bloodshed, ten years since the US led invasion of Iraq. 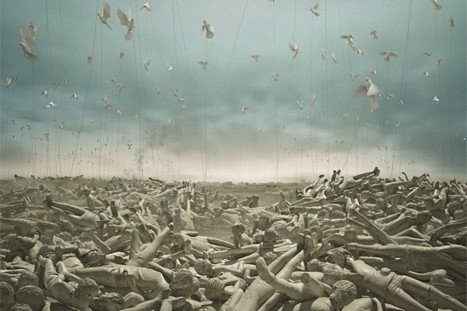 The exhibition, which opened in Dubai’s Lawrie Shabibi on the 18th of March 2013, features a memorial to the victims of the sectarian bloodshed which has plagued the country since the fall of Saddam.

As revealed on The Culture Trip, Abidin’s works offer a commemoration for the victims of violent attacks in Iraq, and are an attempt to reveal the individual suffering which is often hidden behind the headlines and statistics. 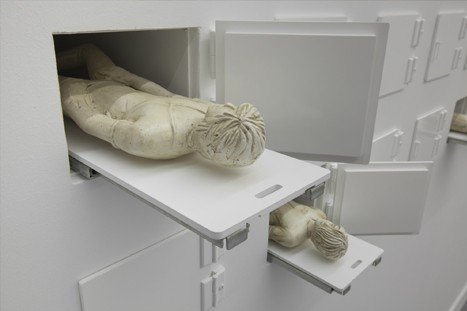 The artworks symbolise the difficulty in maintaining idealism or hope in a country ravaged by such persistent conflict, which as the 10th anniversary attacks reveal, shows no signs of abating.

Abidin’s Symphony also features specific a tribute to the 90 students who were stoned to death in 2012 by religious extremists for wearing particularly ‘Western’ clothes, in an act which revealed the deep sectarian and social rifts which still exist in the country.

Symphony includes a section reminiscent of a morgue, in which 90 small white doors are carved into the walls, some of them closed, some open. When the viewer pulls open the doors, small white statues of these young people, resting in peace, come into view on the sliding beds.

Alongside this display is an artwork entitled Al Warqaa, commissioned by United Arab Emirates based Barjeel Art Foundation, which represents an illuminated crane tied to a stone and struggling to take flight, symbolising the limitations placed on hope and peace in Iraq. 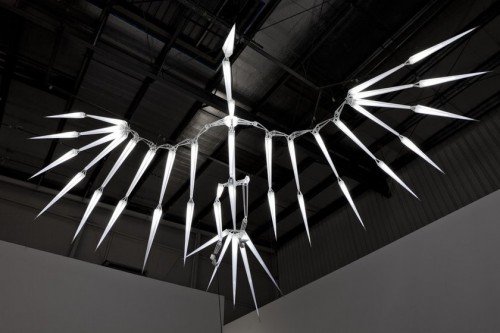 Taking as his foundation the philosophical writings of Ibn Sina (Avicenna), Symphony is a homage to these young people and seeks to process the violent effects of discrimination and prejudice that exist in many guises all over the world.

Adel Abidin’s Symphony is on exhibition at Dubai’s Lawrie Shabibi until the 18th of April as part of Art Dubai 2013.
By theculturetrip.com