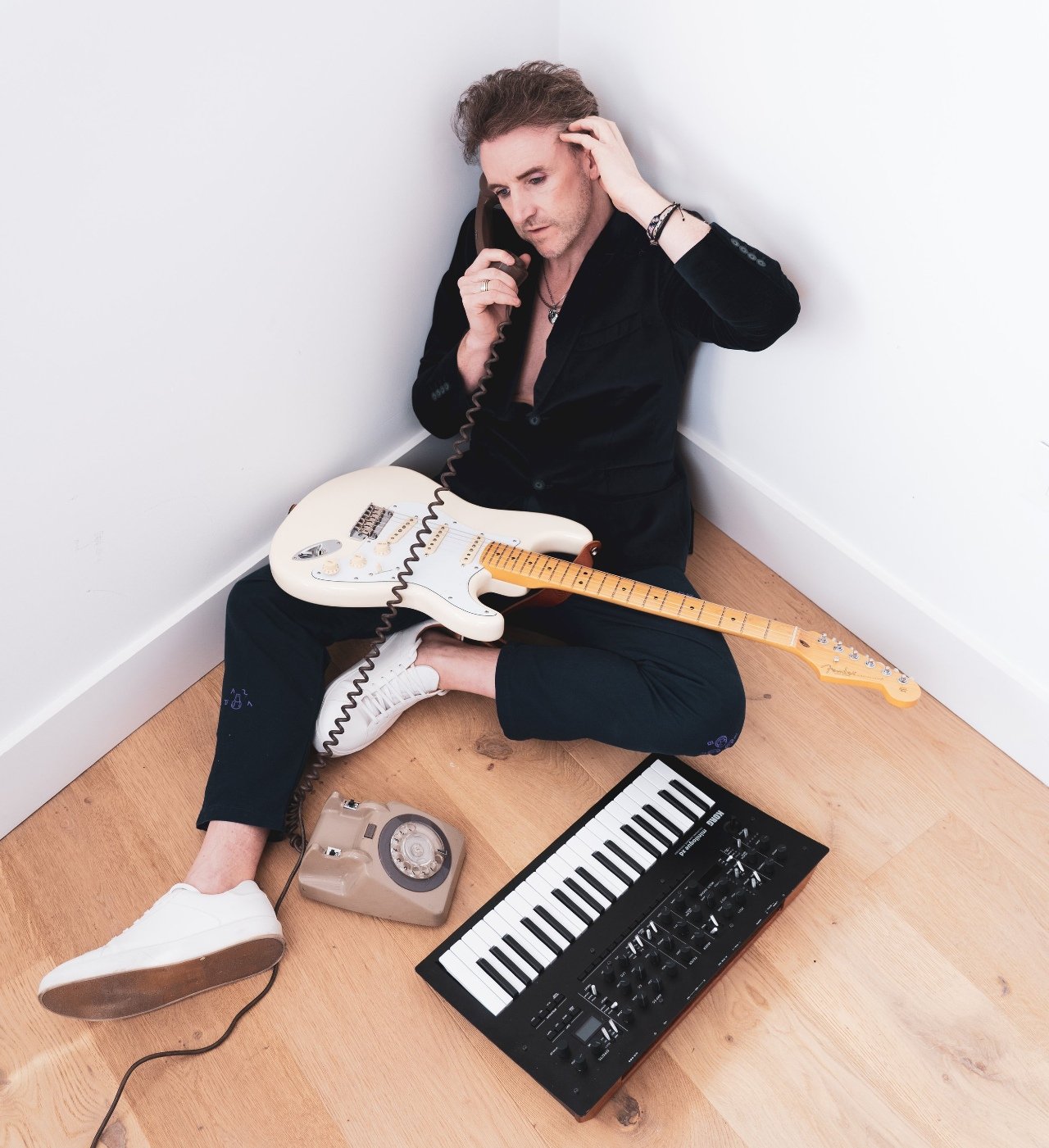 "I listen to a lot of music all day. Weirdly, I could be walking down the street, making a cup of tea or washing the dishes (I know, not very rock n’ roll!) and a melody will pop into my head."

Hello Keelan how are you?

Doing great thanks! I’m in Madrid today, got in late last night… so right now sitting in a roadside café enjoying a café con Leche and some tortilla for breakfast!

You’ve released single ‘These Days’, can you tell us about the themes contained within the song?

These Days is part tongue-in-cheek, part social commentary. It’s a playful song on the surface with themes that I see as ubiquitous nowadays – disconnection, relationship ambiguity and, oh yeah, global warming for good measure! We have become more socially distant and ever more isolated despite the advancements of modern technology.

I typically have something brewing inside me. I listen to a lot of music all day. Weirdly, I could be walking down the street, making a cup of tea or washing the dishes (I know, not very rock n’ roll!) and a melody will pop into my head. I record it as a voice memo and as soon as I’m back in my home studio I laydown some tracks and capture a vibe. I don’t obsess over the production at this stage.

My favorite way to write is during a recording session at a proper studio. It’s kinda high-risk to go into a studio without a song fully ready but I find it works for me. In this instance, I usually go in with a chord sequence, a melody idea and work it out there on the spot. I never go into a studio with a completed song…it would kill my buzz. ‘These Days’ started of as a guitar-lick on an acoustic guitar and then I added the main bass line. The rest of the song was completed in the studio. Funnily enough, the initial guitar-lick itself doesn’t feature in the final production (got run over by a synth in the end!).

What was the concept behind the video?

The concept for the video was simply to film me fooling around during the course of one day in New York and try to capture the vibe of the song in the visuals, interacting with people and feeding off the energy of the city. It’s light-touch, playful and alludes to the themes in the song. We filmed it on a sunny (but chilly!) day in early February 2022 in locations around lower Manhattan. It was guerrilla video-making as we’d no permits etc. We’d find a location we liked and would just jump out of the van, set up quickly and shoot.

As an Irish artist, does your country influence the kind of music you produce?

I grew up watching Top of the Pops and later MTV as a youngster. So I was heavily influenced by music coming from the UK and the US.  But there’s a certain lilt, a yearning quality to traditional Irish music which I feel seeps its way into my music.

It seems to be all about having a social media presence now in order to launch a career…which is good and bad. When I released my first single (No Fall of Rome) I was advised not to release it without having first built up my socials (Advice I chose to ignore as there’s never a perfect moment to do anything!).

There’s a lot of empty pop music in the charts. Aural candy. I think (I hope!) there’s a large swathe of people who want something a little deeper…meaningful…and yes, it’s okay for this to be delivered in a catchy slice of pop in the end. The songs that stop people in their tracks or make them jump up off their seat are always deeply emotional (even if disguised as a throwaway pop song). Even a dance-floor favourite like ABBA’s Dancing Queen is rife with melancholy, subtext and deeper meaning.

Prefab Sprout – Steve McQueen;
AC/DC – Back in Black;
The Weeknd – After Hours.

What can audiences expect from a Keelan X live performance?

They can expect an immersive experience…visually and musically.

I plan to release another 2 – 3 singles, possibly an EP with a view to releasing an album in 2023 …oh, and global domination! 🙂