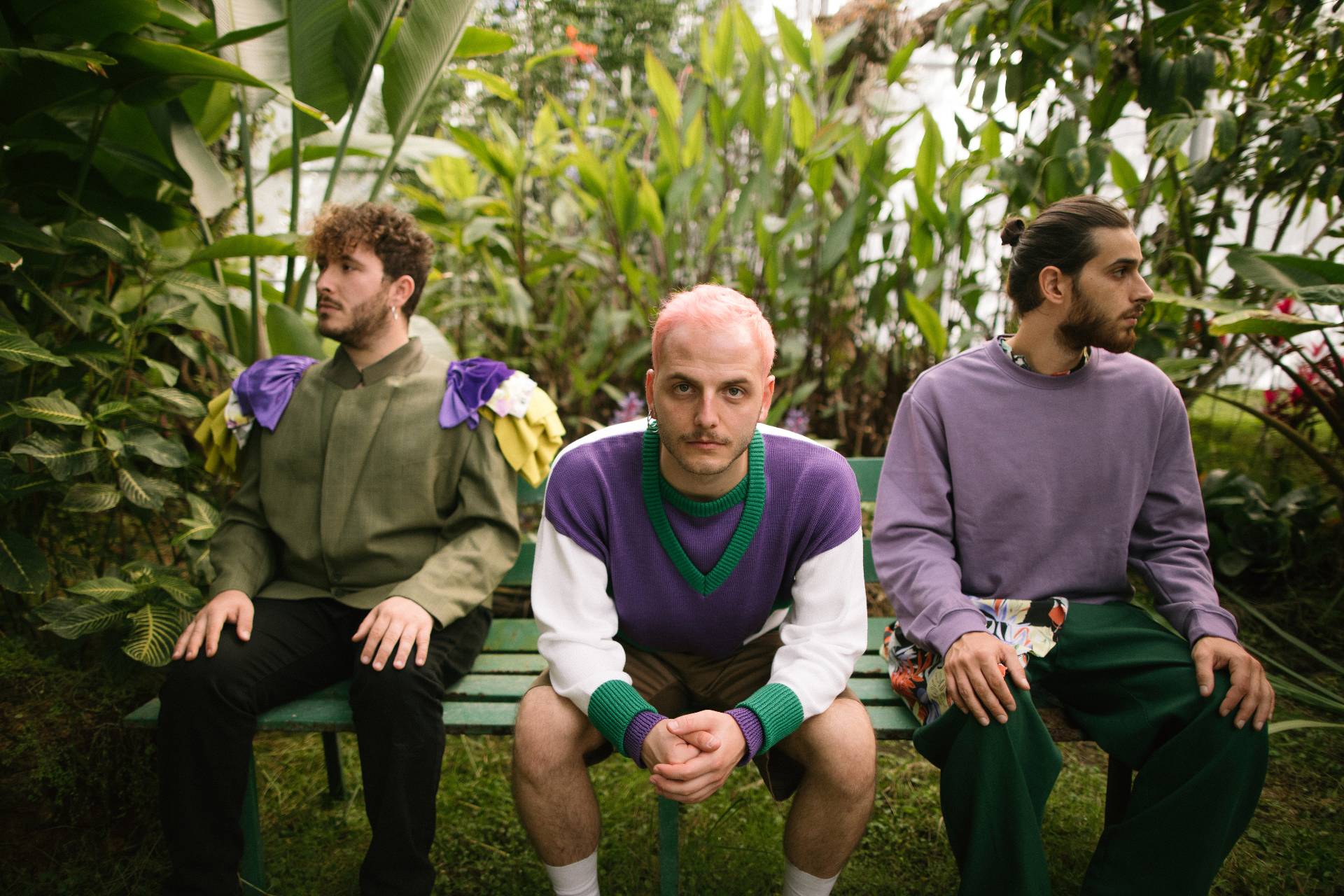 Working out of the South of Italy, producer-songwriter trio Inude has been creating some of the most interesting and unique electronic music of 2021. Influenced by global groove and rhythmic influences, they spent the last couple of years touring and performing in their native Italy, sharing the stage with national and international artists.

After two years of touring they needed to unwind, so they decided to spend the autumn in a tiny house on the hills surrounded by woods, where their first LP Clara Tesla came alive. A canceled tour and a pandemic later, the trio have returned with their new single Ballad1 and we spoke to them about the release.

After the promotional tour of our first EP Love is in the Eyes of the Animals we needed to define ourselves as a group so we moved for five months in an isolated house together, where we found for the very first time the essence of Inude’s identity. Living together, sharing a lifetime, writing, and playing all day long definitely made the most influential moment of our musical career.

We’ve talked about such a lot of themes that is not so easy to find a common one but we can surely say that human relationships permeate our writing. We take inspiration from any shape of human dynamism, focusing on what could be common to every human being; a feeling is linked to a single person, perception can go further and touch everyone.

Even if the period we’re living right now, due to which we had to stop the promotional tour of our last album Clara Tesla, will probably be memorable for long time, the best moment of our career is the European tour we made in 2018, a twenty-day trip driving a 2005 Fiat Multipla full of instruments.

The biggest purpose we have is certainly living from music and sharing it all around the world.

Very hard question! Maybe living in a place like Iceland surrounded by sheep!

Ballad1 is out now via Factory Flaws