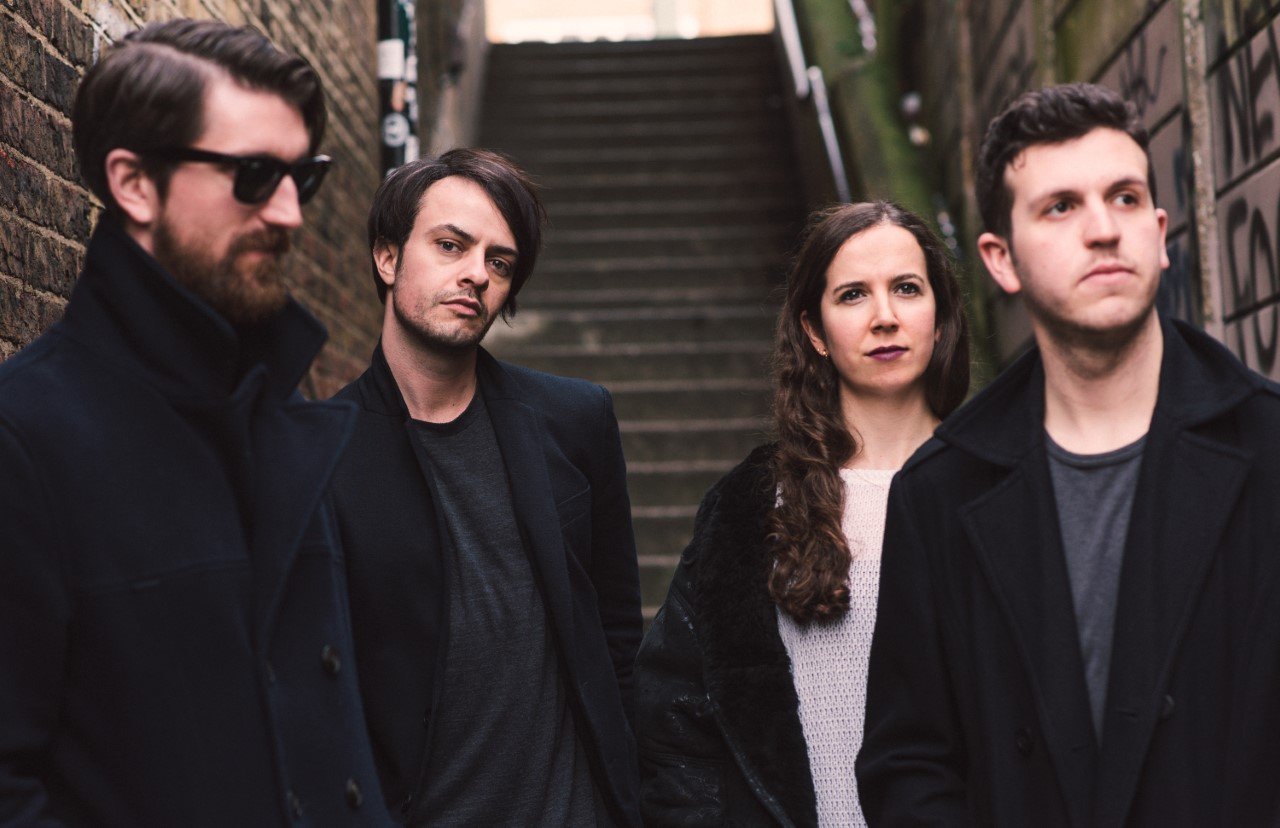 Last week we told you about the new single from these London rockers, see here. Reset is the title track from their new EP, out now, and to celebrate the release we sent them a few questions to help you get to know them. Read what they had to say below.

Please introduce yourselves to our readers: Tell us about your new EP, Reset. What’s it all about?

We are HYMNS. We make alternative rock that veers towards a post-punk sound and plucks from a wealth of genres and pop culture references. I (Oli) sing and play the guitar, Giorgio is on bass and keys, Amy plays drums and backing vocals and Filippo plays the guitar.

The EP was written against a backdrop of political turmoil and global catastrophe which fuelled a lot of the lyric writing. Unlike previous releases which tended to focus more on personal experience, these songs are far more outward-looking, with a heavy bias toward social commentary. I had ‘just’ discovered Black Sabbath’s ‘Masters of Reality’ and ‘Vol 4’ by Black Sabbath and was a bit obsessed with Ennio Morricone’s Spaghetti Western soundtracks, ‘The Good The Bad and The Ugly’, ‘Once Upon a Time in the West’ and ‘A Fistful of Dollars’. We wanted to take real-life contemporary subject matter and drop it into the context of a Spaghetti Western, immersing the listener in a kind of narrative emotional journey in which key characters experience betrayal, hardship but ultimately justice and retribution. Leaving the listener with a sense of optimism. The kind of stuff a viewer might experience from watching a Sergio Leone Western, in which good ultimately triumphs over bad. I’ve always been keen on a simple overdriven guitar riff to hook the listener and Sabbath have some of the best in the business so their music was always going to creep in!

What’s your songwriting process like? Do you write as a band? Or individually?

I write the songs. I like to create rough versions at home which demo arrangement ideas before sharing with the band. We then go into a rehearsal room as a band, improve and embellish bits here and there until we’re all generally satisfied with the result.

What’s your favourite thing about being in a band?

Hanging out with like-minded people and making loud noises together!

Jimi Hendrix – just so I can witness up close the genius of his playing!

For this EP it was definitely Ennio Morricone and Black Sabbath. Generally though, metaphorically speaking, Depeche Mode, The Smiths, Radiohead, Nick Cave and Leonard Cohen are always there peeping over our shoulders!

I’ve been writing a few bits and pieces in lockdown. I’ll carry on writing songs until I think we have enough for an EP or maybe a mini album. Hopefully, in between writing sessions, we will do a few gigs!

When the time comes, go out and see as much live music as possible!