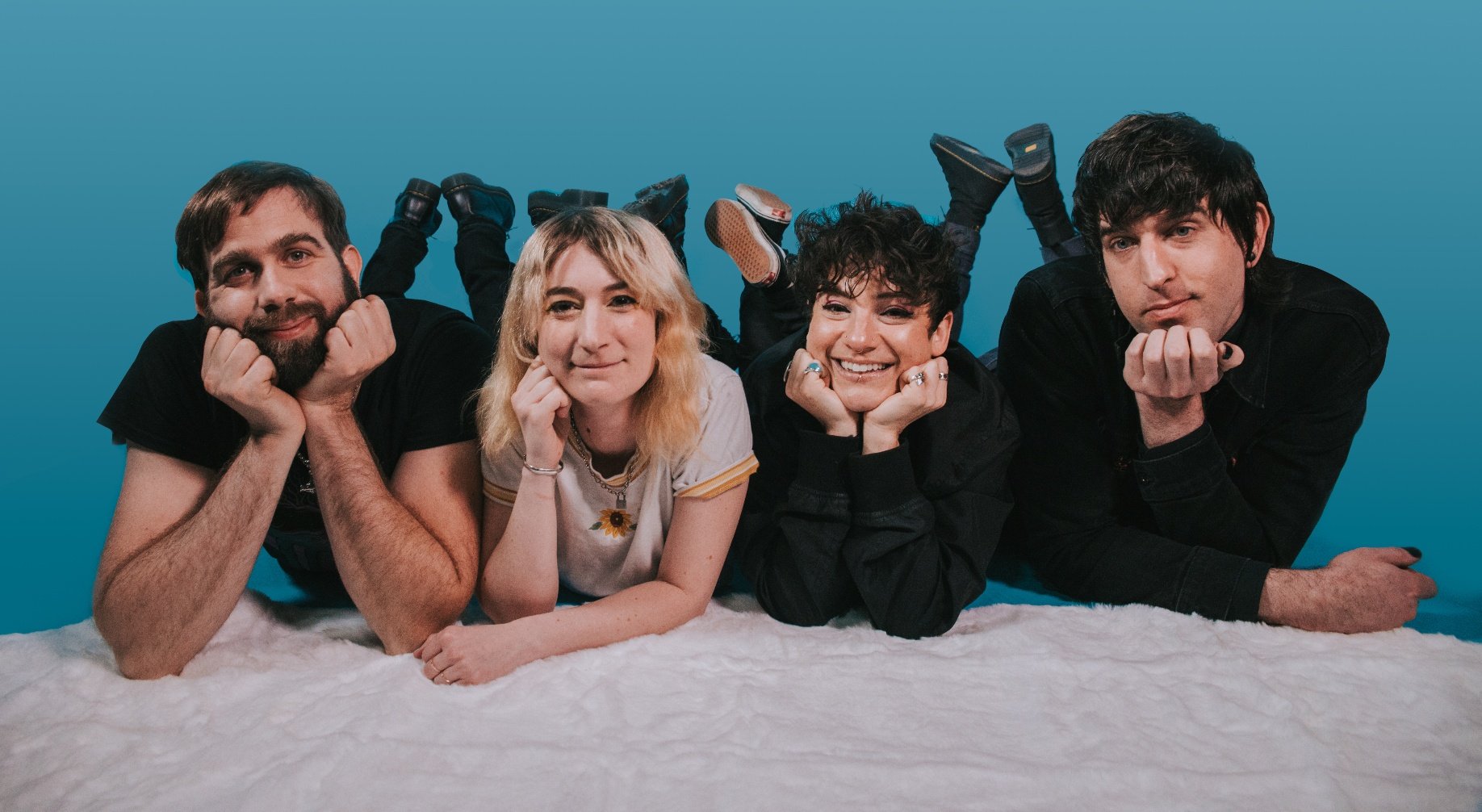 "In a time where many of us find ourselves glancing back to the glory days of Y2K, Gloomy June’s sound is pure nostalgia fuel."

If you were wondering if pop-punk had died somewhere along the way since the mid-2000s – fear not. Allow us to introduce you to gloomy june, a fine example of some of the latest artists that are reviving this much-loved genre. Check out their Popsick EP.

gloomy june – Alexi Belchere (she/her), Devin Nelson (they/them), Ash Hyatt (they/them), Jack Sundquist (he/him) – is a band born in 2022, with a sound that has its roots in the indie pop-punk days of 2002. In a time where many of us find ourselves glancing back to the glory days of Y2K, Gloomy June’s sound is pure nostalgia fuel. It’s easy to hear the influences of bands like AFI, My Chemical Romance and Jimmy Eat World, but the band have truly created their own sound that singer and lyricist Alexi Belchere calls, “the soundtrack of a beach party tinged with melancholy… pop refracted through an anxious lens.. often queer, and always a little tragic.”

The band formed from Bay Area band The Y Axes, and after nearly two years without live shows, they are wasting no more time in getting back on the scene. Six months into their first year as a band, the group has played in four states and two countries, including 5 SXSW showcases and a set at Montreal’s punk festival Pouzza Fest, and is set to debut their first EP, Popsick, the day before embarking on a month-long summer tour – you can buy tickets at the link below.