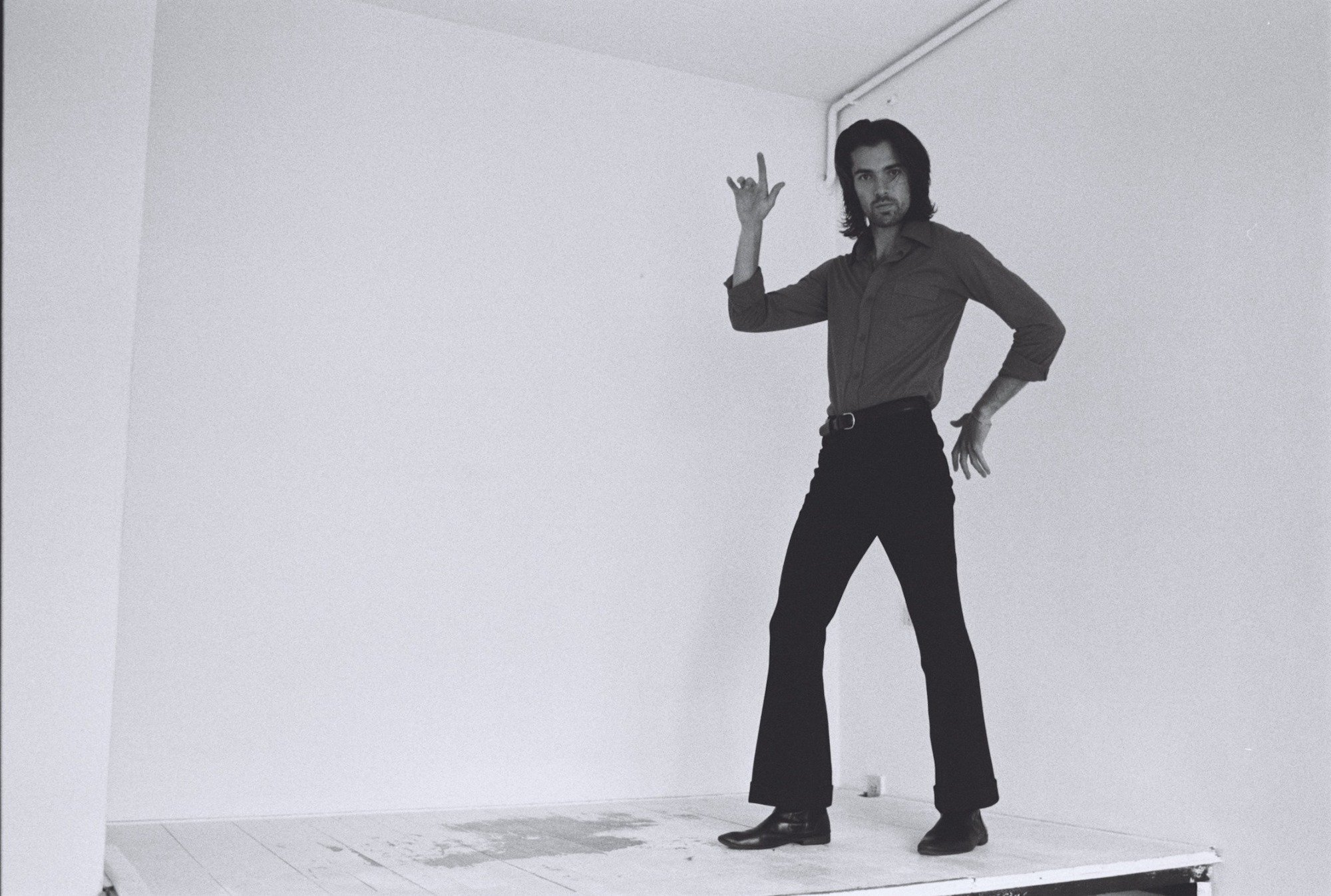 Here’s a brand-new artist for you today, an Amsterdam-based singer-songwriter who goes by the name Cosmic Crooner.

His debut single Deep Down in Jazz, out now, plucks from a rich history of gyrating, psychedelic lounge pop – reminiscent of  Arctic Monkey’s Tranquillity Base Hotel & Casino. We love the vintage video inspired by Nouvelle Vague movies, filmed at the beautiful Lake Como in Italy.

He calls his music ‘Doowop Space Pop’ and cites his influences as Lou Reed, Serge Gainsbourg, Weyes Blood, David Bowie, Beach Boys. With his cool vintage style, and witty, swoon-worthy lyrics – it won’t be long until everyone’s talking about this Cosmic Crooner.

At the moment I’m listening to many versions of the song Maruzzella (an old Napolitan song). Today I stumbled upon a version of Giacomo Rondinella.

We asked Cosmic Crooner a few questions. Get to know him below.

Tell us about your debut single, Deep Down in Jazz, what’s it all about?

Deep Down in Jazz is the only possible introduction to Cosmic Crooner, a true music snob at heart.

The video is very stylized, and we love the 60/70s vibes. What inspired this vision, and it is just for this single, or will this aesthetic follow in all your releases?

Thank you! Most music and movies I love are from that era and inspire me. Sonically I really like the way records sounded back then. I’m also obsessed with a lot of Italian and French movies made in those years. The video for Deep Down in Jazz was filmed on 16mm and heavily inspired by French director Jean-Luc Godard. I like romantic songs, haunting movies, and weird characters. So yes, there’ll be more of that.

The Beatles and if you ask me tomorrow The Velvet Underground.

Favourite album of all time?

Histoire de Melody Nelson by Serge Gainsbourg. I’ll never forget the day I heard this album for the first time. Although it leaves you feeling disturbed, it is the shortest and best album I’ve ever heard.

What/who are you listening to at the moment?

At the moment I’m listening to many versions of the song Maruzzella (an old Napolitan song). Today I stumbled upon a version of Giacomo Rondinella. I don’t think it’s better than the original, but I do like the vibraphone in this version. I’m still figuring out which version I like most. I’m also listening to a lot to Weyes Blood’s album Titanic Rising. It came out a while ago but I still have it on repeat.

Where would you like to be in a year’s time?

On stage crooning over my spoon.

What else can we expect from Cosmic Crooner this year?