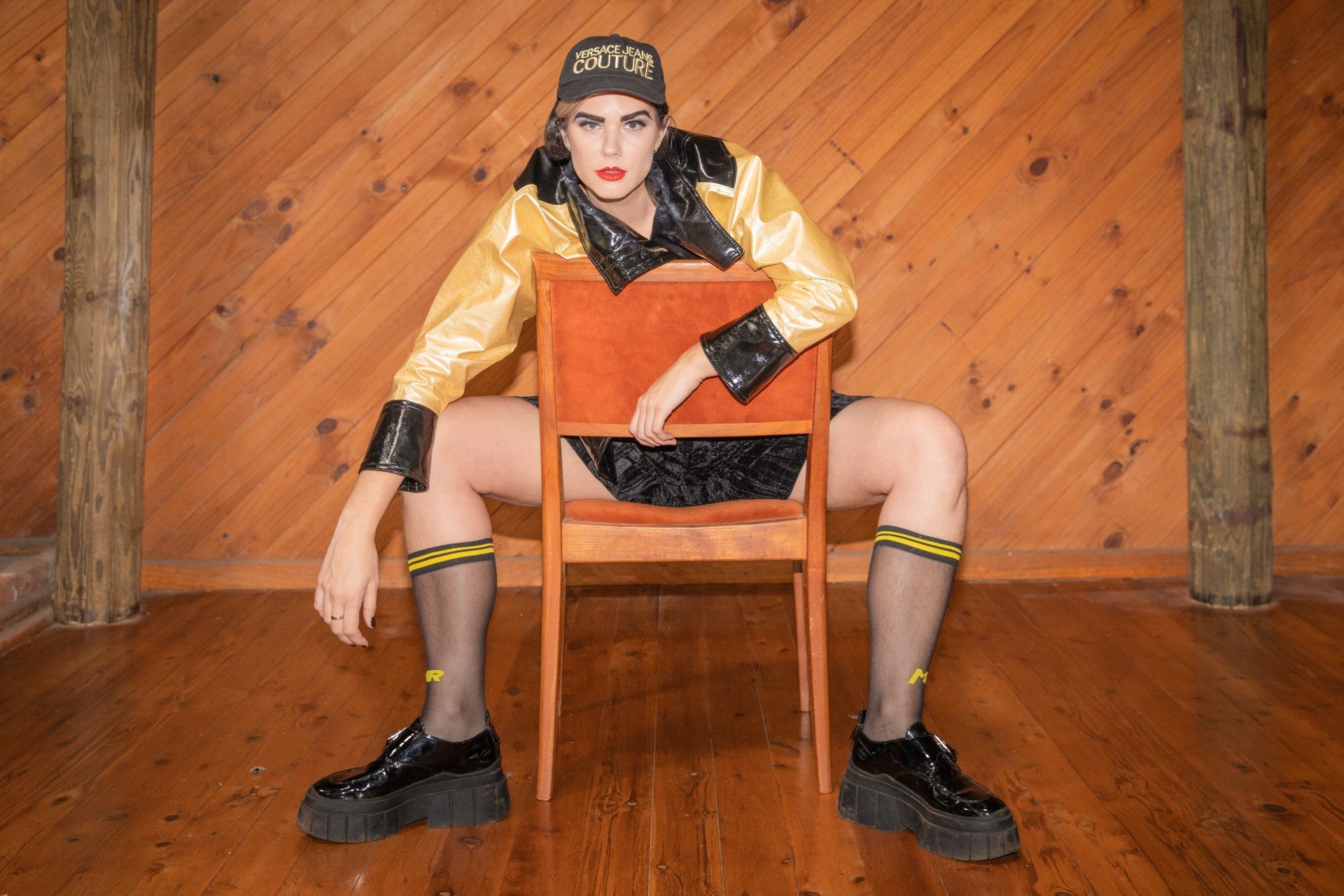 "A whole lotta gritty-disco guitars, eighties drum fills and synths and i guess, a kinda weird voice… In a nutshell sad-bangers."

Bec Sandridge has been a pop icon in Australia for a while, and her 2019 debut album ‘TRY + SAVE ME’ had her captivating the audience with her indie-pop sounds.

Since its release, Sandridge has been laying low as she recharges her battery in preparation for full-blown pop domination. Now she returns with ‘Cost of Love‘ – her anthemic and rock-fuelled release at the helm of what will be the ‘Lost Dog’ EP out this autumn.

Working with prolific songwriter and producer Dave Jenkins Jr (Daniel Johns, Vera Blue) and Lucy Taylor (Dua Lipa, Ellie Goulding), Sandridge wrote ‘Cost Of Love’ at their apartment in Clovelly in Sydney. Check out the track along with our Introducing interview with Bec below.

How would you describe your sound to someone who’s never heard your music before?

A whole lotta gritty-disco guitars, eighties drum fills and synths and i guess, a kinda weird voice… In a nutshell sad-bangers.

What can you tell us about your new track “Cost of Love”?

I wrote Cost of Love with my dear pals Dave Jenkins Jr (Silverchair, Meg Mac) and Lucy Taylor (Dua Lipa) in their wee apartment in Clovelly, Sydney. I was in a long-overdue relationship whereby we were constantly losing each other but trying to make it work. It was pretty push-and-pull a lot of the time and I guess, codependent… I’ve always found it so hard to know when something should be done and dusted and how much should be “hard work”, so we wrote about that.

On the UP though, i did get to work with some of my dream collaborators though, Geoff Swan who mixed Charli XCX, Haim etc worked on this and Gab Strum of Japanese Wallpaper which is pretty slick…

We’re obsessed with your description of the track, the “Daft Punk/Shania/80s aerobic class” description is wild and distinct yet so correct – will the ‘Lost Dog’ EP be following this same soundscape?

There is definitely some sonic glue throughout the EP but each song definitely wears it’s own jacket. I would say the others feel a bit darker and meatier in some ways. A little less Shania, a bit more club. There’s also a remix by Denim (from Mallrat) which i love! And a nice duet on one of the tracks which I’ve never done.

Who are some artists that you want to work with in future projects?

I’d love to work with Feist and Robyn at some point in my career (that’s the bucket-list biz). They’re both phenomenal writers and presences who have sound-tracked my life at different points. Also Leslie Feist is the most underrated guitarist, I swear… Also Caroline Polachek. She rules.

If you could play your music for any musician/band who would you choose?

How has the environment you grew up in shaped your career?

I grew up somewhat pronged between the mountains and sea, in a small town an hour and a half south of Sydney, Australia called Stanwell Park. I think it’s technically a village. Living regionally, away from the city, I’ve had to learn to do things in a pretty DIY manner. Which is sometimes a big challenge for a pop project. I’m quite hands on with all of the visual side of things, and a lot of the time, because we’re releasing independently, my press shots, music videos etc aren’t done on a mega budget (think, using card-board as a backdrop, safety pinning things together) which kinda forces creativity a lot of the time. In terms of studios and producers, there’s not really any nearby so I’ll often travel to record and work with other people which I like too.

Who are some other Australian artists that the rest of the world should know about?

If you haven’t already gotten across them, Mallrat, Cub Sport and Amyl and The Sniffers. Maybe a little more under the radar, but Becca Hatch also rules big time.