Live Nation are thrilled to announce that music superstar and Grammy Award winner Rihanna will be embarking upon a full Irish and UK arena tour in May 2010.

Having released her fourth studio album – one of the most hotly anticipated new albums in recent history- Rated R, Rihanna will be returning to Ireland and the UK to wow fans with a full Irish and UK arena tour. The long-awaited follow-up to her 2007 smash Good Girl Gone Bad which contained the non-stop string of hit singles that began with the MTV VMA and Grammy Award-winning global #1 hit â€œUmbrellaâ€ (featuring Jay-Z), then â€œShut Up and Drive,â€ 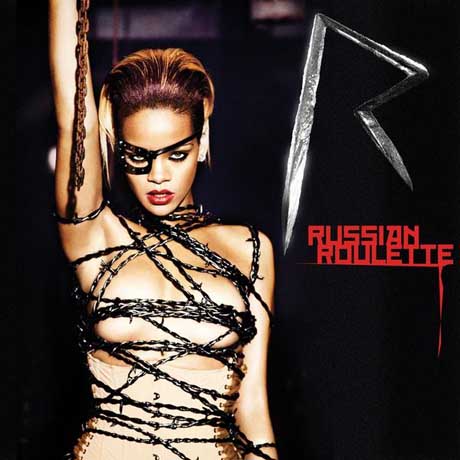 â€œHate That I Love Youâ€ (featurÂ­ing Ne-Yo), and â€œDon’t Stop the Music.â€ Good Girl Gone Bad went 5x Platinum in the UK, earned cumulative sales of more than 36-times platinum in at least 20 territories around the world, and spun off the CD+DVD package Good Girl Gone Bad: Reloaded (January 2009) â€“ which continued the string of hits with the #1 â€œTake A Bow,â€ and the #1 â€œDisturbia.â€

Rated Râ€™s first single pick, â€œRussian Rouletteâ€ was launched on October 20th worldwide on www.rihannanow.com and is currently at number 2 in the UK charts. â€œRussian Rouletteâ€ was written and produced by fellow Def Jam artist Ne-Yo, whose long track record with Rihanna includes the #1 hit â€œUnfaithfulâ€ (2006, from A Girl Like Me), their Top 10 duet â€œHate That I Love Youâ€ (2007, from Good Girl Gone Bad), and #1 pop/ #1 R&B â€œTake A Bowâ€ (2008, from Good Girl Gone Bad: Reloaded). In addition to Ne-Yo, other producers and writers on Rihannaâ€™s new album include the team of Chase & Status, Stargate, Justin Timberlake, Will:iam The-Dream and Tricky Stewart and more.

Rihanna also teamed up with Jay-Z on the first single off his latest album â€˜The Blue Print 3â€™ (released in September this year via Roc Nation) which reached number 1 in the UK singles chart. The rapper also joined Rihanna at her Nokia album launch performance recently to perform the track to an ecstatic, packed out Brixton Academy.

Rihanna is undoubtedly one of the most intriguing and talented artists of our time and this is guaranteed to be one of the hottest, most talked about spectacles of 2010. Donâ€™t miss your chance to see one of the worldâ€™s biggest and brightest stars when she performs in a town near you.

Tickets from â‚¬44.20 inclusive of booking fee
On sale this Monday 14 December at 9.00am
Maximum tickets 8 per applicant