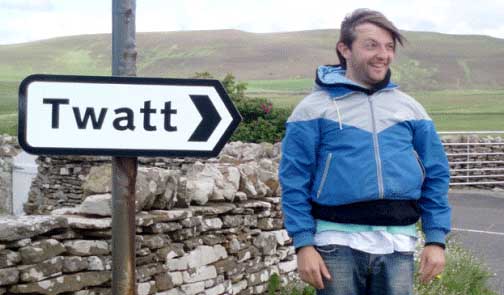 Following 5 sell-out shows in Vicar St. this year Andrew Maxwell is back on Feb 7th 2008 for another unmissable show.

In the past few years Andrew has been prolific on the live and festival circuit earning himself high-praise along the way. He performed to sell-out houses and received five star reviews at this yearâ€™s Edinburgh Festival as well as being nominated for the If.Comedy Award. Following appearances at the HBO US Comedy & Arts Festival in Las Vegas (alongside Jerry Seinfeld and Chris Rock) at The Soho Theatre, the Kilkenny Cat Laughs Festival and the Montreal Just for Laughs Festival where he impressed audiences at The O’Comics Gala and at a special “Talk of the Fest” show. Last year, Andrew was nominated for a Time Out Live Award in the category of Best Stand-up which follows several awards and accolades from Loaded Magazine and Chortle for his contribution to the live comedy circuit.

An intrepid social commentator, Andrew is renowned for his unique blend of comedy and socio-political observations. His first hour-long show, “This Is My Hour”, performed at the Edinburgh Festival 2004, explored what you would say and do if you only had an hour left to live, challenging the audience to combat their fear and turn it into positivity. This show led to Andrew’s participation in Channel Four / E4’s “Kings of Comedy” (a reality series that pitted veteran comedians against a younger generation of stand-ups) which he subsequently won.

“Andrew’s on particularly fantastic form. He’s without doubt the strongest comedian on the circuit right now” THE DAILY TELEGRAPH