A major star in his homeland of Russia, vocalist and songwriter EMIN has set his sights on spreading the success of his music to the UK and Ireland with the March 14th release of the single â€˜Obviousâ€™ and his first international album â€˜Wonderâ€™ that follows on March 21st. 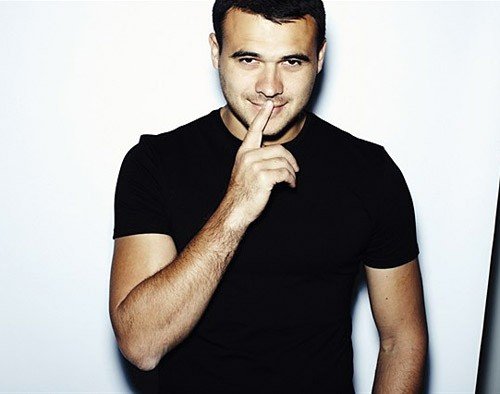 WHAT KIND OF MUSIC DO YOU MAKE / PLAY?
Mainly pop – Enrique, Michael, Chris Isaak. i do like the older crowd too! – Joe Cocker, Sting, Celentano, and of course Elvis

WHERE ARE YOU FROM?
I am from Azerbaijan, but most of my life i lived in Moscow/Russia and New Jersey/New York

HOW DID YOU START AND WHEN?
When I was really young i used to sing along to Elvis tunes – and that’s, like, 20 years ago, so I mean REALLY young 🙂 Later I realized i could write songs (at first, not great ones but they sounded something like songs) and eventually this ambition, with a lot of hard work, has taken me to where I am now

WHO ARE YOUR INFLUENCES IN THE MUSIC INDUSTRY?
Today, it has to be SADE, who really inspires me. 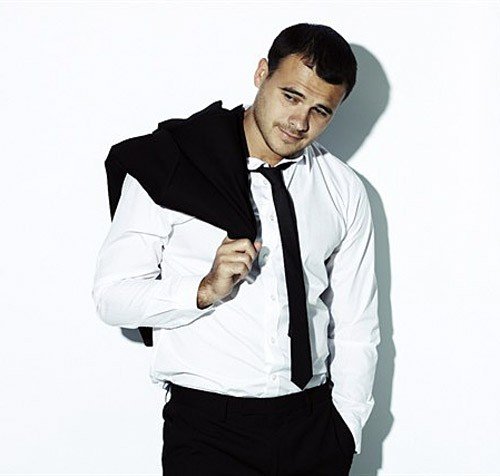 WHAT HAS BEEN THE HARDEST PART OF BEING IN THE MUSIC INDUSTRY FOR YOU?
It’s a lot of work generallyand it just takes commitment -but I enjoy it so much so I can’t say that any of it is really hard for me!

TELL US A BIT ABOUT YOUR TYPICAL DAY?
This is an interesting one 🙂 I start my day with my kids – play with them for a bit, then go to the gym, then to my office job 6-7 hours there and then off to my music world that consists of rehearsals, gigs, writing session etc.

WHAT WAS THE LAST GIG YOU PLAYED, WHAT DID YOU THINK OF IT?
I actually havent played this year yet, but the last one was Dec 25th in Baku, Azerbaijan (the capital of my country) and it was fantastic. We had 2000+ people at the main venue in the city and i must say i am most comfortable performing there i guess cause its home – although I do feel the burden of expectations sometimes!

HAVE YOU ANY FORTHCOMING GIGS IN IRELAND OR NORTHERN IRELAND?
My next one is Moscow on March 7th, but i would love to come to Ireland and Northern Ireland as soon as we can be confident there will be people wanting to see us I guess!

WHATâ€™S THE MOST SUCCESSFUL THING YOU GUYS HAVE DONE TO DATE?
I guess its fair to say we wrote and recorded ‘Obvious’ which is the current Record of the Week on Radio 2 in the UK. I don’t thing I’ve ever done anything more successful than that in my life (musically!)

WHO HAS HELPED YOU THE MOST GET TO WHERE YOU ARE TODAY?
My team in the UK and of course, Mr. Brian Rawling, my fantastic Producer

WHATâ€™S COMING NEXT FOR YOU?
I hope more than I can imagine 🙂

IS IT HARD BEING A NEW ARTIST IN TODAYâ€™S INDUSTRY?
I guess its hard do be new anywhere, even in school being new in class is tough! But I like to think it’s temporary and only part of the bigger journey in life.

HOW IMPORTANT IS THE INTERNET AND SOCIAL NETWORK SITES FOR YOUR SUCCESS?
I think they are failry important especially in the sence of keeping in touch with your fans personally but in terms of promotion I can’t say that i really feel the effect yet – I still think you need to build awareness the old fashioned way, on radio and TV and it all works together

WHO WOULD YOU MOST LIKE TO COLLABORATE WITH IN THE INDUSTRY?
The best people available!
www.emin-music.com
www.facebook.com/emin
Â©FAMEmagazine.co.uk