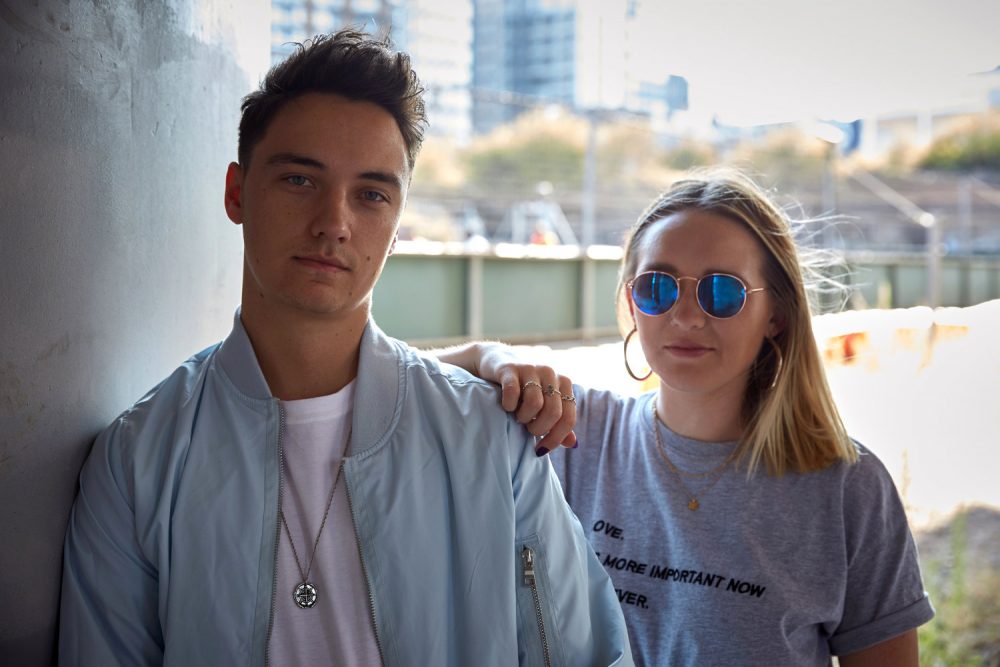 Hi Majestic Minds! How are you today?

Why hello, we are fantastic thank you for asking! hope you’re good too.

We have the same manager and she put us in a session together. We had a few ideas going but it wasn’t until later in the year we found our feet as duo because of the new sound we were making together!

What’s your new single ‘Oxygen’ all about?

This is about needing someone or something just as much as you need Oxygen. When we first started this song it was a completely different song. It was much slower and it wasn’t until we took the vocal by itself and remixed it essentially into another track that we thought “This is what Oxygen should sound like”.

Marlie has been saying how she really wants to work with Samm Henshaw who is amazing. That would be an interesting collab. For myself (Haides) I want to work with Flume, so I can stare at how he works and find out his production secrets, haha!

Who would you say are your biggest influences?

I think for this EP and our single Oxygen artist like Disclosure, Craig David and MJ Cole had big influence on us when making these songs in terms of sounds that we used on the tracks.

We like to catch a vibe on a instrumental usually which involves Haides going through the hundreds he has on his computer. Otherwise we sometimes like to listen to tracks we are loving at the time and start a beat inspired but those.

Any new artists you’d recommend to us?

Nothing solid yet but we are planning to do a live show at our EP launch in the near future!

We both have our solo writing careers that we are working on alongside Majestic Minds, so we will be working with different songwriters and artists in the studio. But we will still make time to come up with more ideas for Majestic Minds as well.