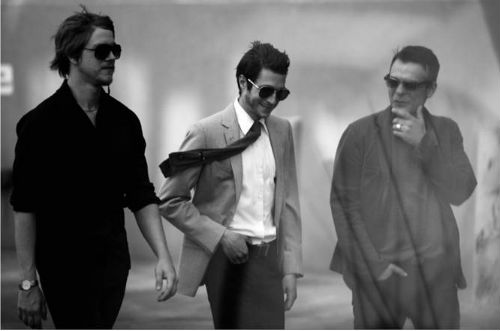 Kicking off at Glasgow’s O2 Academy on March 18 before travelling to Leeds, Manchester, Liverpool, Nottingham, Birmingham, Bristol and closing at London’s O2 Academy Brixton on March 27, the NYC group will be joined by Temples, Royal Blood and Circa Waves on this eight date tour of the UK.

Daniel Kessler of Interpol said: “We currently find ourselves in the UK finishing the new album so it feels only appropriate to announce our first UK dates of 2014 from here. We’re pleased to say that we’ll be headlining this year’s NME Awards Tour. We had a great time playing the Awards Tour in 2003 and we’re very much looking forward to our return. It should be a lot of fun. The UK crowds are among the best!”

Tickets go on presale at 9am on Wednesday 22 January via nme.com and are available on general sale from 9am on Friday 24 January.