Critically acclaimed and one of the most notable bands in the new wave of American Heavy Metal, Mastodon have announced that they will play Belfast on 4th December in the Spring & Airbrake. Having supported bands like Metallica, Pearl Jem and Slayer, Mastodon are touring their 3 albums to date on their own headline tour.Since forming in 1999, Atlanta’s Mastodon has essentially lived on the road. After non-stop touring the band, Brann Dailor, Bill Kelliher, Troy Sanders and Brent Hinds decided to record a demo, which would ultimately be released in a shortened EP form on Relapse Records as Lifeblood. 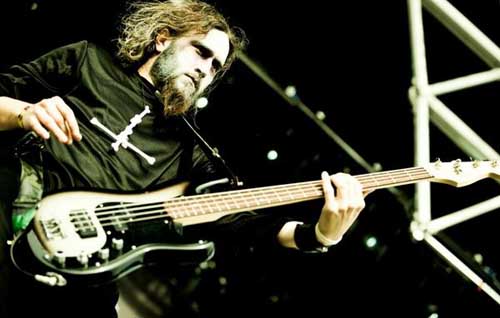 The success of the EP spurned more touring, and even greater success. Their first full-length album Remission, followed in 2002. True to form another round of touring ensued and then Leviathan an album critics were quick to embrace.

But it’s with the band’s legion of fans that they have really delivered. Mastodon’s ‘blue collar’ touring ethic has earned them constant accolades from fans that have grown accustomed to their accessibility, approachability and dedication as a working mans band. Rare is the artist who achieves that critical balance coupled with the level of fan support Mastodon has attained. Blood Mountain was released in September of 2006 to critical acclaim and grammy nominated. Mastodon are currently recording their follow up to their Warner Brothers debut Blood Mountain.