The Glam/Electro nuances of Late of the Pier began in Castle Donnigton (Rock City) in 2004. Honing their love for seminal artists such as Gary Numan and Frank Zappa, they produced their debut single ‘A Heartbeat. A Flicker’, which quickly sold out a limited run of 500 on its release in March 2007.

It wasn’t long before legendary Electronic Producer / Remixer Erol Alkan picked up on the band, producing their 2nd single, indie-electro workout ‘Bathroom Gurgle’, which was released on Moshi Moshi records in September 2007, and quickly sold out. 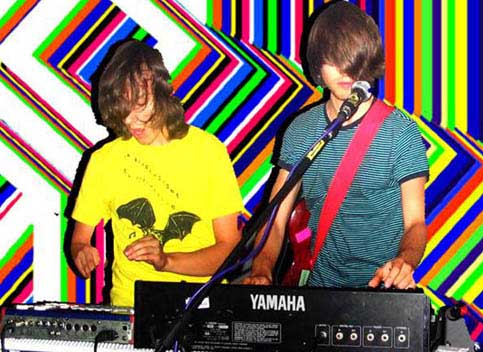 Their eponymous LP, one of the years most eagerly anticipated debuts, is set to drop in May to coincide with their latest UK tour. Buzz about the act is reaching fever pitch, following supports alongisde acts such has Hadouken & Soulwax.
myspace.com/lateofthepier
LATE OF THE PIER (LIVE)
+ SUPPORT
THE STIFF KITTEN
FRIDAY MAY 23RD
9PM / Â£7
TICKETS AVAILABLE FROM THE STIFF KITTEN BAR
thestiffkitten.com and usual outlets