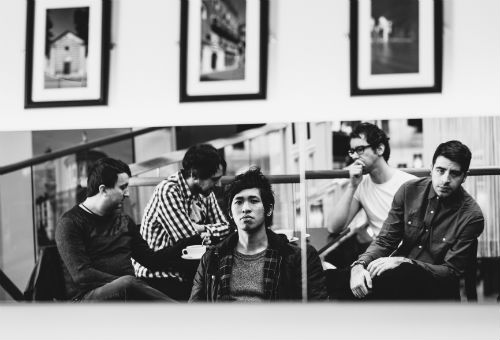 The collaboration is the first vinyl release on Fit Like Records, which was founded by CS Buchan himself, and features an impressive list of contributors such as IndianRedLopez, The Little Kicks, Kitchen Cynics and Best Girl Athlete – Buchan’s daughter Katie (just 15 years old) who’s ethereal vocals feature on both tracks.

Hello Fame! You think so? We’re stuck with it now! Aha, you found us out! That wee factoid was luck. We prefer ‘Sleepers’.

You recently toured in Europe. Any funny/interesting stories?

We love The Netherlands. However I remember taking the wrong turn off to our hotel one night, and ending up by the airport (Our hotel was in the airport vicinity, we’re not that daft), during the Nuclear summit no less, at around 4am. The Dutch armed forces didn’t take too kindly to an unmarked white van roaming those parts. The president of the United States had just landed, and we wanted to give him a warm welcome. 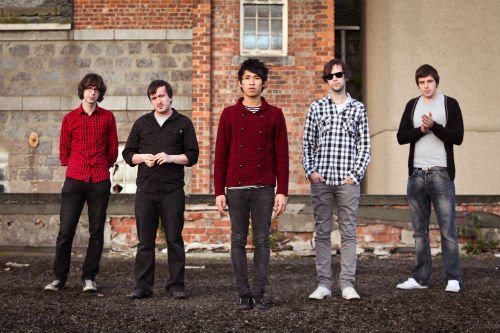 Your single was released as a split single with CS Buchan. How did that come about?

Charley is a dear friend of ours, and we do the occasional moonlighting with his band. His teenage daughter sang on both of those tracks so we thought it would be a great Marvel team up and put out something special to earmark the event. We’re delighted with it, yellow vinyl warts and all.

We’re always very collaborative when we work on new ideas, and this was no different. The change of process was that we had a computer. I would meet up with the guys on separate, isolated occasions, and maybe start an idea or to reconvene an earlier sequence we’d written. I’d find that we were more reactive to ideas being thrown in and sometimes less worried about the signal chain and whether or not it sounded ‘correct’. Songs ended up being written a lot quicker than usual and we’d captured a vibe I thought.

Where do you draw your inspirations from?

Loads of things I suppose; observational, day to day stuff to films and books and working designers and creative people In general inspire us. Our home, here in the North-east of Scotland. Our new record drew a lot of gravitas from what we were all going through at the time, welcoming another stage of life and having families, getting betrothed and generally growing up. I wanted to mark that part of my life personally with this record.

Do you think being in a band nowadays is harder or easier than it was in previous decades?

I’ve only this decade to compare it really, but I suppose it’s a double-edged sword. We’re enveloped in technology and using the Internet to promote your band and tell everyone about your band couldn’t be easier. Then I suppose you become assimilated with the whole thing, and then how you do stand out? Who knows. We’re just a small group of people who do what they can and have fun doing it. We’d never thought we’d tour Europe and play some of the biggest shows we’ve played to date, so we’ll just play the whole thing by ear. If someone wants to lend us a helping hand, then we’d reach back.

What’s the story behind recent single ‘Any Given City’?

It exists somewhere between memory and a dream. The times we remember the places we’ve travelled to and the longing to return. Those cities will still be there after you’ve gone through all the shit you need to do at this point in time, but when/if you do return, will they be as you remembered them? Probably not. I had the idea of getting young Katie (CS Buchan’s daughter) to sing the chorus line to emphasise that narrative.

Your sound is quite eclectic. If you had to, what genre would you say you fit into?

Where can we catch IRL live and what should people expect from your performance?

We’re performing at the Merchant City Festival, coinciding with the last day of the Commonwealth Games on Sunday, so we’re really looking forward to that. I hope people hear honest, weirdly evocative pop music. And you’ll see our visual show that walks hand in hand with our songs too.

We’ve not got solid plans as of yet, but we hope to go back to Europe in the new year to play some more shows in support of ‘Commit’ but other than that, who knows. You might see another release from us in the Autumn…