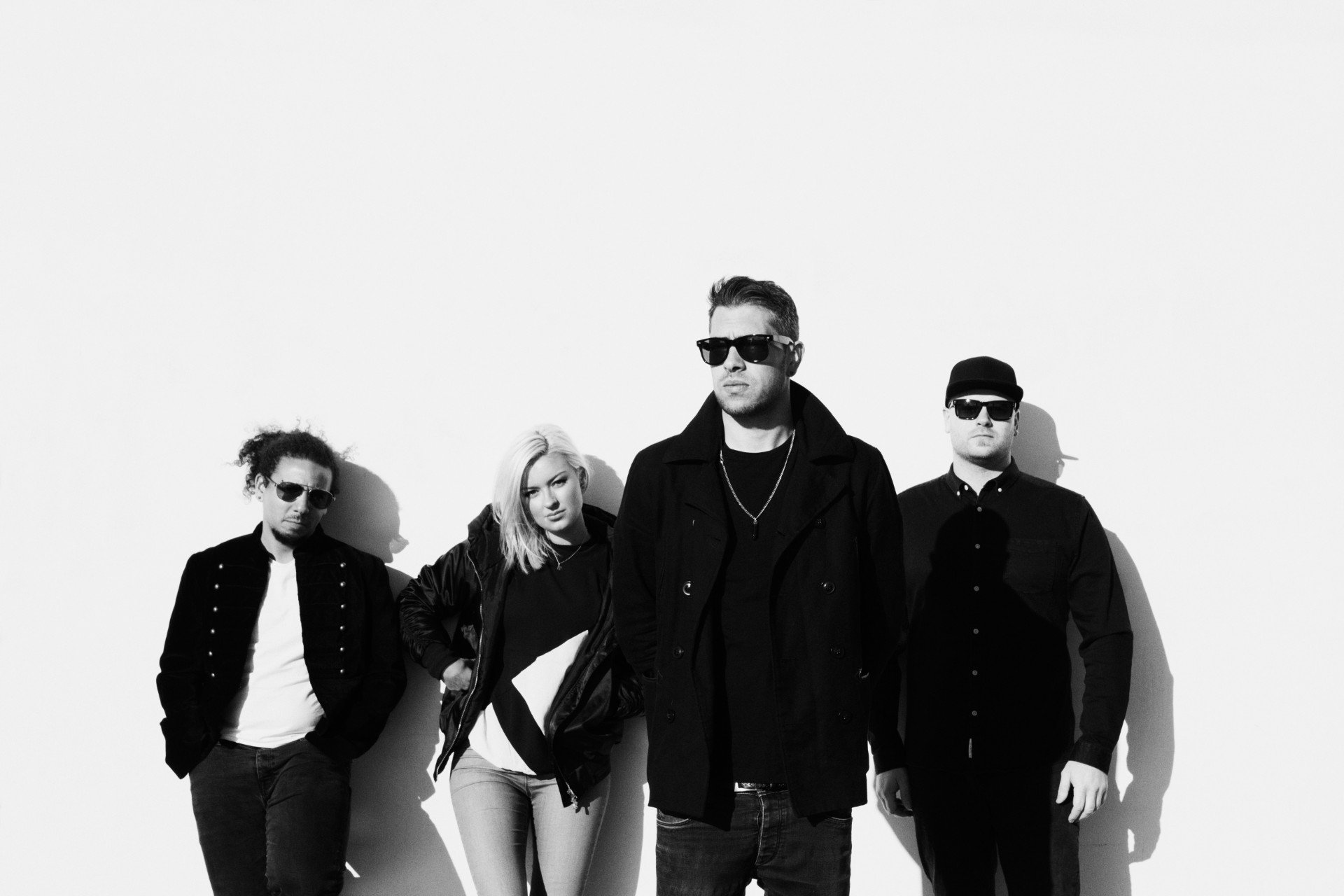 After self-releasing their debut album in 2014, London’s Indi & The Vegas have found themselves on a steady rise ever since. With a unique blend of classic influences such as Queen and the Motown era, all blended with a bold and contemporary production, the band’s sound has been lighting up the airwaves of BBC Introducing lately as they return with their newest single Round And Round.

And as this new release is soon to feature on the band’s next studio full-length, we decided to ask them five quickfire questions in order to find out more about their upcoming project and what ambitions they have for the near future.

You collaborated with singer Daniela on your latest single Round And
Round. How did you find working with her and was she involved in the creative process of writing the song?

Daniela is a good friend of ours and we’ve been waiting to do a track with her for forever! We had this rap part that was originally performed by Indi and the song was done, but as the track is basically an argument and then an apology ad infinitum, we thought it would be good to have someone to bounce off and D is the best singer we know, so we asked and she said yes…She really made the part her own and she killed it with the harmonies and ad libs throughout. It’s really inspired us to collab more, so watch this space!

‘Round And Round’ is also part of a concept record, where you aim to
explore love and relationships throughout. Can you tell us how you came up with the idea for that new album?

A lot of artists struggle with the idea that you have to sacrifice and suffer for your art constantly, especially as there is a perceived very small window of success available to artists. They then let other aspects of their life, and their relationships, crumble in its pursuit, and that causes some real mental health issues we think, it’s rife in this industry. The album was a therapy of sorts, and it’s about keeping your personal space and your dreams alive, whilst also nurturing that symbiosis with loved ones at the same time.

You have always had a very varied sound but this new material sees you in a slightly different light to how you have been in the past. A much more dancehall-inspired vibe. Have you had any new lines of inspiration since we last heard you?

Working with our new producer, Zaro Vega, has definitely inspired this track beat wise, as he works a lot in the Latin world and is a dancer, so a beat to dance to is his prerogative! It is a lot of fun to dance to, to be fair…even for those of us that can’t lol, so the live show has really benefited from it!! But the rest of the new tracks are still as varied as before, we love to learn and to listen to all genres, and we’re lucky enough to be in a band where our love of music is more important than sticking to any one genre. People will be surprised by the next few songs we think.

While the album is obviously still on the way, how are you spending the
rest of your 2019? Are there any shows or festival performances you are looking forward to?

Yep, the music is raring to go; recorded between here and LA, mixed and
produced by Zaro Vega, and mastered by Alex Gordon at Abbey Road. We’ll be releasing a few more singles up to a big launch night at The Water Rats, London on the 22 nd Nov 2019, and we’ve challenged ourselves to get as many of our fans as possible over, convert a load more to the cause on the night, and have some press and industry folk come and cover it and get involved. Lots to get excited about!

And finally, what is on your musical bucket list? Are there any dreams or ambitions you would like to achieve as a band?

We want to get on that big worldwide festival circuit, from Glasto to Coachella, tour the globe and play as much and for as long as possible.

Indi & The Vegas’ latest single ‘Round And Round’ featuring Daniela is available to stream and download now. Have a listen to it below. The band will also be performing at London’s The Water Rats on the 22 nd November in support of their next studio album.