SQUEAKY clean Disney star Miley Cyrus has reportedly moved in with her older boyfriend.
According to an American magazine the 15-year-old Hannah Montana actress is living with her 20-year-old boyfriend Justin Gaston.

Tish and Billy Ray Cyrus are reportedly so taken with the young underwear model theyâ€™ve allowed him to move into the familyâ€™s California home. 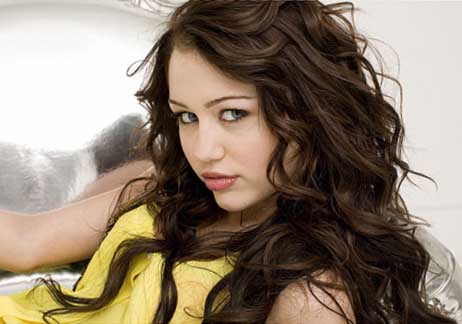 Justin is also keeping an apartment, but has spent most nights in the Cyrus house.
A source added: â€œJustin is the guy Mileyâ€™s parents see her settling down with a few years down the line.
â€œHeâ€™s handsome, talented, clean-living, goes to church and knows his Bible-a real catch.â€
The insider added: â€œBilly Ray wasnâ€™t born yesterday. He figures the safest path to take is to keep Miley and Justin on a short leash-and under the same roof.â€
DAVID Gest has become a knight in shining armour this week by helping the last survivor of the Titanic with her nursing home fees.
When the TV producer read that 96-year-old Millvina Dean was to sell mementos of the disaster to help pay for her nursing home, the reality TV star felt compelled to help.
So David, accompanied by his I’m A Celebrity Get Me Out of Here pal Matt Willis, dropped in on the pensioner bearing a cheque for Â£3,000.
“She’s a sweetheart,” said David.
“Why should she have to worry aboutâ€¦ paying her rent?”
Despite David’s donation, Millvina â€“ who was two months old when the Titanic sank on her maiden voyage in April 1912 â€“ went ahead with the auction.
The sale of items including rare prints of the tragic ship, compensation letters and a suitcase of clothes given to Millvina’s destitute family when they arrived in New York, fetched over Â£30,000 â€“ more than ten times the expected amount.

NICOLE Richie could soon be following in Angelina Jolie’s footsteps by adopting a child.
The 27-year-old reality Tv star has been inspired to adopt an underprivileged orphan after working with numerous low-income families through her charity organization, the Richie Madden Foundation.
According to sources, Nicole is â€œseriously looking into it and asking a lot of questions about adopting”, adding, â€œNicole has been visiting Beyond Shelter in L.A two or three times a week and spends a couple of hours with homeless children. She loves being around them.â€
But Nicole, whose daughter Harlow is nine months old, is going to have to do some serious convincing if she hopes to boyfriend Joel Madden on board with her Jolie-Pitt plans.
The source added: â€œI donâ€™t know how keen her boyfriend is on the idea. Still Nicole is determined.â€

ACTRESS Jessica Biel is taking a leaf out of boyfriend Justin Timberlake’s book and hitting the recording studio.
The Next star visited the NightBird recording studios recently at the Sunset Marquis Hotel, where she recorded tracks for music producer Marius De Vries.
An insider said: “She was recording vocals for the Easy Virtue soundtrack.”
In the film Biel plays Larita, a devilish American divorcÃ©e who marries a naive Englishman.
And apparently Biel is not just another wannabe actress turned pop star.
“She can hold her own as far as singing goes. She absolutely killed it,” added the source.
“Some girls have everything. Sheâ€™s a successful actress, dating Justin Timberlake, and she can sing”.
Biel, who is rumoured to be tying the knot with Timberlake next year, had vocal training as a child and sang in musicals like Annie and Beauty and the Beast. 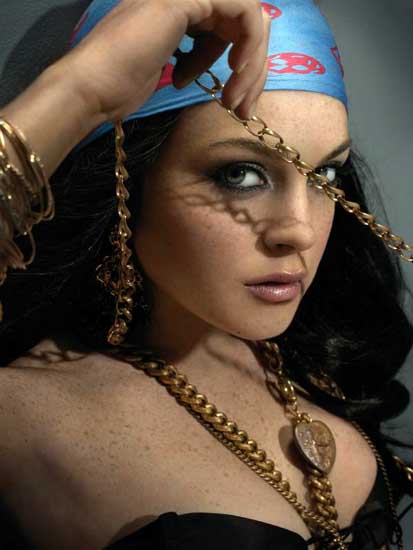 DESPITE rumours to the contrary Hollywood actress Lindsay Lohan has not been booted from the popular TV show Ugly Betty.
Lohan’s guest appearance in the show was cut short and speculation is mounting of a feud between the 22-year-old actress and the show’s star America Ferrera.
â€œShe never caused any problems during shooting,â€ a production source reveals, â€œThe decision to cut off certain scenes with Lindsay was due to a new direction the show is heading. Lohanâ€™s character just didnâ€™t translate well with the new storylines.â€
Emmy nominee Vanessa Williams, 45, has also come to the defence of Lohan, saying there was no bad blood on set.
â€œShe was a hard worker, she showed up on time and [in] the scenes I had with her, she was completely prepared”, said Williams. â€œShe was great.â€
As for the rumours that Lohanâ€™s scenes were chopped following a disagreement between the ‘Mean Girls’ starlet and America, Ferreraâ€™s rep denies any altercation.
â€œAbsolutely not true,â€ the rep reveals, â€œAmerica is grateful to have had her on the show and thinks everyone should tune in to see how great the episodes are.â€
According to TVGuide.com “editing” rumours are completely untrue, but confirm that Lohan’s run will end early â€” strictly for “storyline purposes.”
A statement from the show’s producers reads: “[Lindsay] did a great job and we enjoyed having her.”

BRAD and Angelina could be heading down the aisle – because of their kids.
The Changeling actress hinted the pair could tie the knot if their children start asking questions about their martial status.
“When we first met I already had a child,” said Jolie.
“We didn’t live together and we adopted Zahara. Usually people fall in love and everything revolves around people getting married. Children are an afterthought.
“We’ve done everything the wrong way around, but sooner or later the children will ask, you know, they watch films and ask questions.
“They want to know why Shrek and Fiona got married and we haven’t.”
Pitt has previously said he won’t wed Jolie until gay marriage is made legal.
Jolie and Pitt are parents to Maddox, 7, Pax, 4, Zahara, 3, and Shiloh, 2 and 3-month-old twins, Knox and Vivienne.
“I can only tell you that Angelina is a mother of six marvellous children and lives with a fantastic man,” she said.
by Tina Calder
Â©FAME Inc