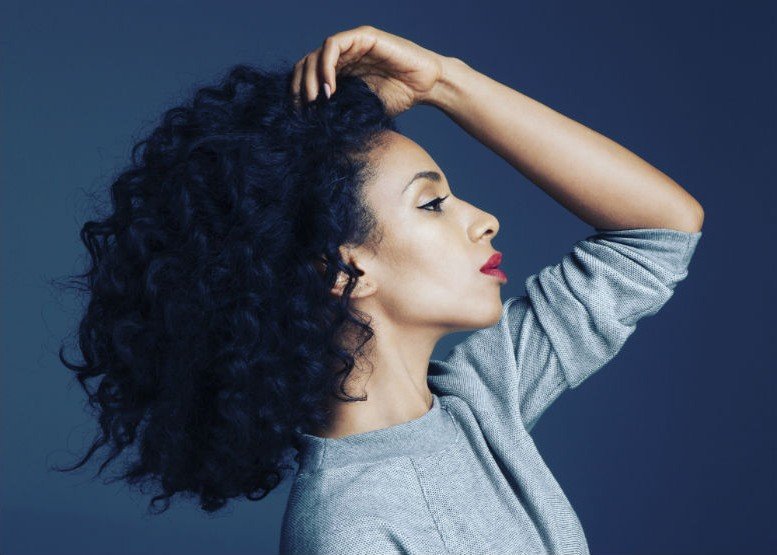 ‘Naïve’ is a smoothly produced, pensive and emotionally honest electro-soul number, about “following your voice regardless of the naysayers…”


How are you today Iman?

Can you talk about your brand new single “Naive”?

I was in the studio and there was a picture of Annie Lennox on the wall and it’s strange but just looking at it somehow got my creativity flowing. I remembered I had this acapella verse I’d pre written and I got my laptop out and was like right it’s time to finish this one off. So, the producer at the time Jamal Hadaway was getting on with making the music for it and I was finishing of the top line (lyrics and melody) I’ve never had a picture set me off like that.

What I had at the end of it though was just a demo but I really believed in the song and felt it needed additional production so I held back from playing it to anyone. Eventually I met Robert Rosiji, I played him the demo and asked if he would like to re produce the song totally and if we could go down the Massive Attack, Zero 7 route. Being the insanely talented producer that he is he knew exactly what to do to revamp it and bring the song back to life. It took us a few sessions to get right. I re-vocaled it and wrote an extra part to the song and thankfully it came together nicely. I’m very proud of all the songs I’ve done with Rob and can’t wait to release them.

What were your influences whilst writing this song?

Well apart from Annie Lennox it’s influenced by the way someone had me feeling…I say no more! Lol 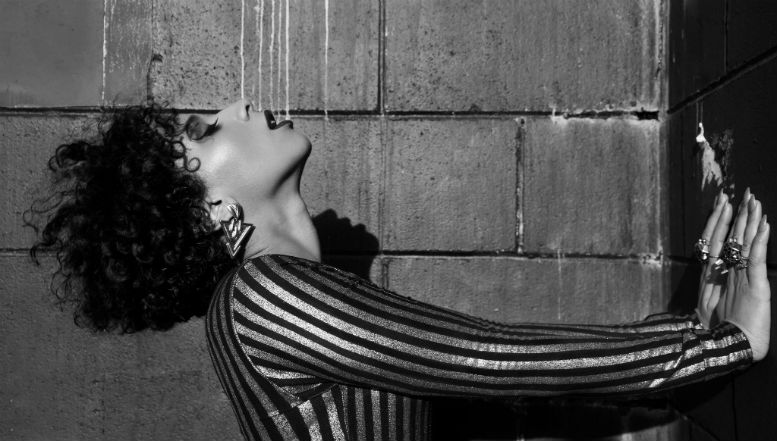 How much of the real Iman can we see in your music?

I don’t make music I can’t relate to. Every lyric is true, it’s the way I was feeling at the time of writing. Musically I do draw from contemporary sounds and I like to integrate them going with my own gut feeling on if it feels right for the song. I guess the way I make my music is driven intuitively.

You worked with Ed Sheeran, Rudimental and Kanye West’s producer…If you could collaborate with anyone, (dead or alive) who would it be?

Hmmm alive it would be Drake. The guy is a genius songwriter with the dopest melodies. Dead, it would have to be….Nina Simone, she was more than just an amazing voice. She was a songwriter, pianist and arranger that covered so many styles from classical, jazz, blues, folk, R&B, gospel, and pop. So, yeah she could teach me a few things still! She was a true artist with a lot of heart.

What is your first memory of wanting to be an artist?

From when I was a small kid I always knew. I remember when I was 5 or 6 the primary teacher asking everyone to stand and say what they aspired to be. Everyone was going round saying I want to be a doctor, a vet you know stuff like that. I got up, very matter of fact and was like I’m going to be a singer. It was something I was totally drawn to. I was always mesmerised watching singers on TV and was constantly putting on little shows, singing and dancing at every chance, my dad would have to tell me to shut up sometimes! I’d make my brother listen to me sing songs I’d improvise that would last fucking ages. We’re talking like 15 minutes into a made up song and he’d be like are you done yet! Haha

I grew up in surburban Hounslow and I reckon it’s safe to say it wasn’t the most creative area. Nothing like how it is in East were there’s so many music courses going on etc. So, I knew I had to get out the manner if I really wanted to be immersed in it all. I moved to East and started going to talent shows and networking then enrolled into The British Academy Of New Music were my confidence grew, I started to find my voice and develop my own style. It takes time to grow from being a singer to then develop into an artist.

What has been the hardest part of  being in the music industry for you?

There’s many challenging things from money to getting people to actually listen to your music to having the patience to deal with promised opportunities that can suddenly just fall through. I know for me in the beginning one of the hardest things was dealing with my own doubts and insecurities of not feeling like I was talented or good enough. It was something I really had to break through and it took me a while. It’s all a process though and it can’t be rushed, I guess that’s how it goes in many industries. The challenges will either break or make you. However, the thing is you get to choose which one of the two you wanna experience.

Who / what has helped you the most get to where you are today?

I have a tight group of friends that always keep it real with me. They let me know straight up when I’ve made a shitty song. They’ve been my shoulder to cry on when it’s gotten a bit much and I’m very grateful to know they got me like that. I reckon my determination, passion and the belief I have in my music has helped keep me on course too. As well as the fact that I’ve a stubborn streak and just can’t accept when I’m told no you can’t do or have that. In my mind I’m always like no but we can, we just gotta find a different route – which can drive some of the lovely people I work with nuts. So, I guess that’s helped coz it’s an industry full of rejection, an unusual amount I’d say. Also messages and tweets I get from people letting me know they really enjoy my music always puts a smile on my moody little face. 🙂

Yep! April 12th Ruby Sings at The Jazz Café, May 22nd Boxpark and June 1st at The bedford are booked so far.

I have a good few singles mixed and mastered ready to put out over the course of the next 12-18 months alongside live performance and other content I’m working on like music videos etc. It’ll be the first time that I’ll be self releasing my own music on a far more consistent level. I’m still in the studio writing new songs, working on my guitar skills daily and would like to get some collaborations/features going too. I’m focused on building my fanbase through social media and gigs in order to get more and more people to reach my music.