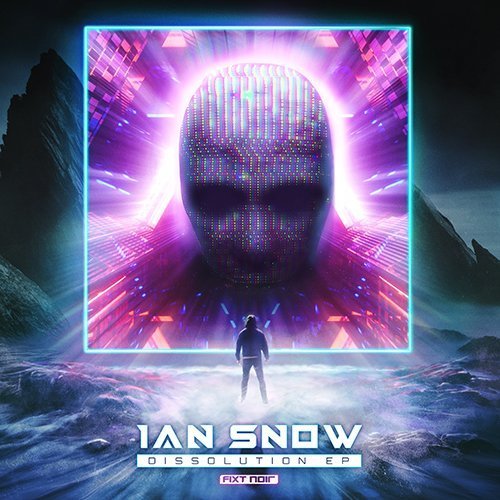 Chicago-based producer Ian Snow moves away from his previous moniker SNOWMASS with an unreal EP project, released today on FiXT Noir. The Dissolution EP marks a step into mid-tempo territory for the artist, who is set to perform at both Lost Lands and Spring Awakening: Autumn Equinox this year.

As well as a brand new cut titled “Anarchy” that is a collaboration with KYB, Ian Snow presents the title track alongside the likes of Back Off and Tektronik. It’s a superb body of work with striking musicality and rugged beats – and it’s one that might have never been released.

Snow explains: “It’s funny that the name of the EP ended up being Dissolution because I never thought that track would see the light of day. To be honest, I had almost completely given up on releasing any of my mid-tempo bass music when FiXT initially reached out. After rebranding from SNOWMASS to Ian Snow, I also changed the direction of my sound and prepared to sacrifice a lot of music in order to stick to my new lane. However, this genre of music isn’t represented enough across electronic record labels, and I decided that I wanted these tracks to be heard, so I was more than happy to sign this EP to FiXT Noir. Big thank you to Celldweller and his team for believing in these songs.”

Head below to enjoy the EP in full.