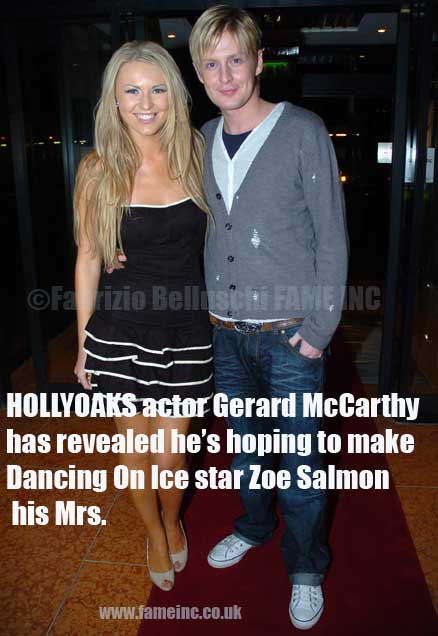 Gerard who plays the controversial cross-dresser Kris Fisher in the hit Channel 4 soap made the claim after finding out fans were buying T-Shirts on the internet dedicated to him. 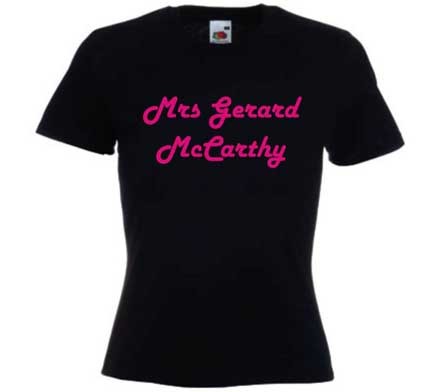 Dozens of Hollyoaks fans have been swarming to auction site Ebay to buy black T-Shirts emblazoned in pink with â€œMrs Gerard McCarthyâ€.
While the pair have been trying to keep their year long romance under wraps recently former Blue Peter presenter Zoe let the cat out of the bag.
She admitted to dating the Hollyoaks hunk during a magazine interview when she said: â€œI donâ€™t really talk about him much.
â€œThere are a lot of celebs who are famous for being with another celeb. â€œWeâ€™re both independent and I want to be known for my career.
â€œWeâ€™re two separate people who have two separate careers and our jobs are very differentâ€. 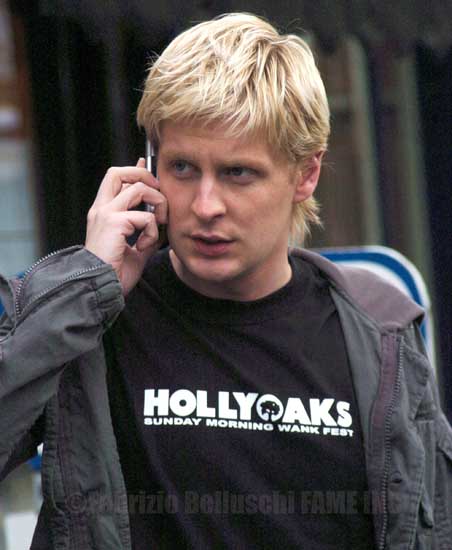 This week in a bid to claim back their favourite soap star fans have been buying T-Shirts priced at Â£10.99 in all colours and styles claiming Gerard belongs to them.
When asked about the T-Shirts and their availability Gerard said: â€œItâ€™s hilarious but as flattered as I am thereâ€™s only one girl Iâ€™d like to see wearing that T-Shirt and Iâ€™m working on it.â€
Gerard is among Hollywood superstars Tom Cruise, Vince Vaughn and Will Smith who also have â€œMrsâ€ T-Shirts available on the site.
Meanwhile on the show Gerardâ€™s character is embroiled in a love triangle between Nancy and Raavi.
And as Valentines Day approaches Gerard is refusing to reveal who his character Kris will be sending his one and only card to.
â€œI donâ€™t want to spoil it for Krisâ€™ fans but thereâ€™s definitely a surprise in storeâ€ he said.
Well at least we all know where Gerardâ€™s card will be goingâ€¦donâ€™t we Zoe?
EXCLUSIVE BY TINA CALDER
PHOTOS BY FABRIZIO BELLUSCHI
Â©FAME INC
fameinc.co.uk