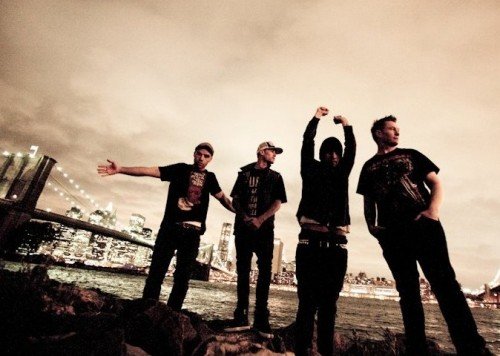 Sum up the band in 5 words

What is the single ‘Purple Heart’ all about?

..Life is a slow advance into enemy territory.. A purple heart is a war medal given to those injured in battle.. this song is about having to face your mortality, as the invincibility of youth wears thin. “Wiping the blood from your purple heart..”

The discovery of vulnerability that comes with age and experience, personified by a young soldier being wounded and receiving a medal in exchange for his blood.


The album, ‘The Horrifying Truth’, is out in October, what are the general themes behind it?

There are a number of themes that flow through the album, most fairly existential. Some are a reflection upon our real life experiences and thoughts, some are stories inspired by events at the time we were recording.

The track City Limits is a story of isolation in the big city. The last track on the record, ‘After the War’ is an attempt to put oneself in the shoes of an ancestor fighting in the Great War.

Neon Sunrise looks at the themes of infidelity from the viewpoint of all involved.. and essentially the feeling when it dawns on you that you’ve been deceived.

Depending on your expectations of people.. that can be fairly horrifying.. It also explores the other side though too.. the feeling when you have to face being the guilty one.. “Staring and my hands and denying it..” 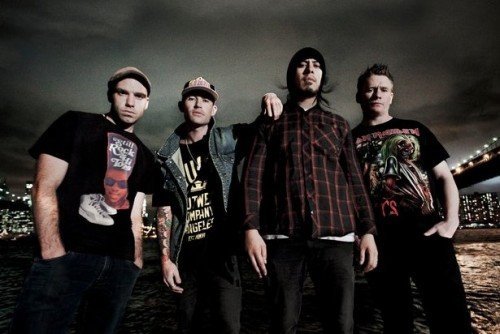 What’s the funniest or strangest thing that’s ever happened on tour?

One of the strangest moments was when David Bane, a guy who had been wrongly convicted of murdering his family and had been imprisoned for 13.5 years in one of New Zealand’s highest profile murder cases turned up to one of our shows and was singing along.

You’re going to be supporting Slash on his upcoming Australian tour, are you nervous?

More excited to be honest.. Slash is an absolute legend so will be wicked getting to hang out with him and share a stage with someone that we’ve all grown up listening to.. in terms of playing the show.. we’ve played so many shows in the last few years that we’ll just turn up and smash it.

Are there any bands you can recommend to people reading?

Yeah, check out our friends Dead Letter Circus the lead singer Kim Benzie features on our track Electric Throne… At the moment we have been listening to a lot of Sunny Day Real Estate, Handsome, Rival Schools, Helmet and R.A.T.M

What’s your favourite thing about touring in the UK?

Its a big, influential music nation and the fans really know there rock and get right behind it. Also it doesn’t take more than a day to drive to any of the destinations!

Genie in a bottle time… you have 3 wishes, make them count! What are they?

2. Completely eradicate hunger, poverty and inequalities throughout the world.. I can say this with a clear conscience cos I don’t own a Ferrari.. well.. I don’t even own a car.

3. Completely reverse the tour van back from the edge of the cliff that the front wheels slipped over in France a few years back.

If you could write the soundtrack for any film, what would it be?

Fuck if they ever do another ‘Judgment Night’ we’d love to be part of that. That soundtrack is so sick!

Tell us 5 things about I Am The Giant that we don’t already know...

1. We auditioned 160 singers before we found Ed

2. Even though Paul’s beard is ginger he’s not officially ginger

3. We formed in the UK and are made up of 2 Brits and 2 New Zealanders

4. Ed was a champion fencer in his youth

5. The dialogue in the interlude ‘Bodies In The River Nile’ off The Horrifying Truth is from an Egyptian talk back radio station at the time of the initial political uprising streamed through and iPhone into a guitar pick up.