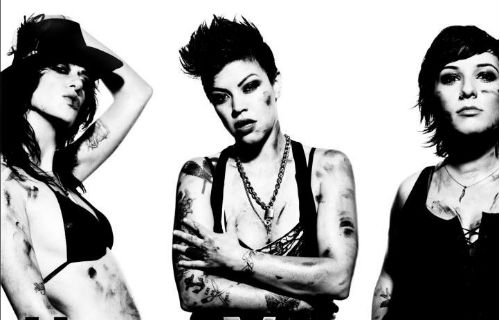 With plenty of sexy rock n’ roll personalities and exceptional musical talent, Hunter Valentine already devoted fan base in the US, grew even more when, lead singer Kiyomi McCloskey and drummer Laura Petracca starred in the massive TV series, ‘The Real L Word’.

Now they return with the album ‘Collide And Conquer’, set for UK release on 17th June, 2013 and UK dates in April / May.

‘Collide and Conquer’ was produced by Greg Nori, who has also worked with Sum 41, Iggy Pop and Hedley 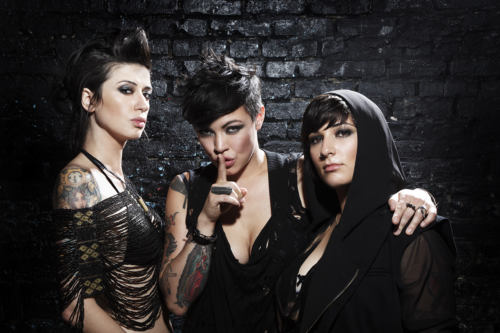 McCloskey says: “I’m inspired by a situation, picture or emotion that I just can’t shake from my head,”

“It could be the sad look of a girl I see on the bus weekly that has been imprinted on my mind, someone crossing me in a friendship, the passing of a relative, watching someone struggle with addiction or whatever needs to be processed within a song in order for me to move forward in life. If I didn’t have songwriting I would probably be locked up by now.”

“This band is my family; my life. This is our primary goal and we have the opportunity to excel at music so we’re into it full-throttle. This is the only thing we want to do until we master it. The day we step away is the day we’ve done it all and there’s nothing more we can do.” 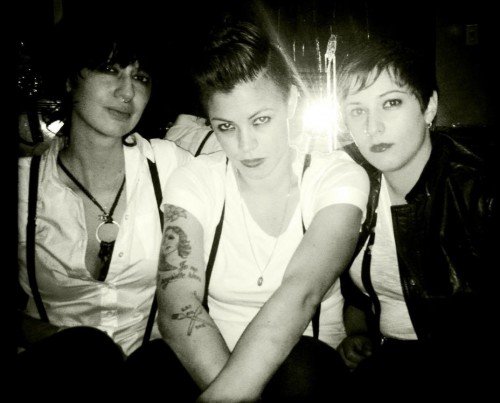 Hunter Valentine are opening for Sum 41 in the US and then heading over here before hitting the road with the timeless Cyndi Lauper. Though they started in Canada, the band now calls New York City home.