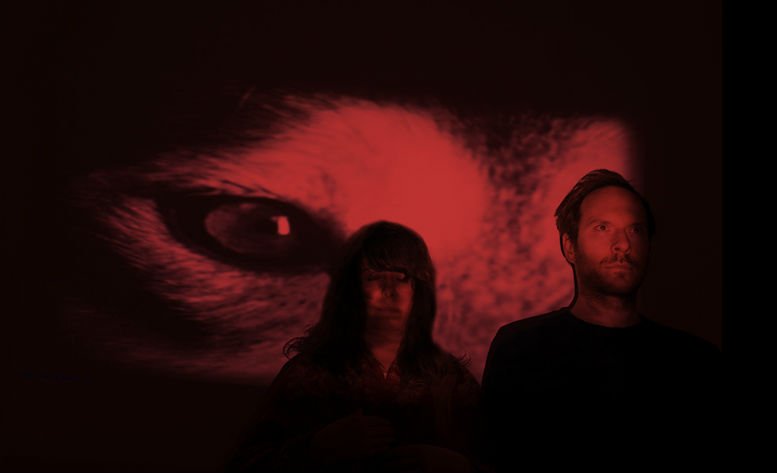 Intriguing duo Hunter As a Horse – Paul Gala on synths and machines and Mia van Wyk on vocals and guitar – open up to FM about their hypnotically engaging debut EP ‘The Two Magics’ (out now via Valley of Fire Recordings), which is the fruit of their year-long self-imposed exile from London to rural Italy. Where they built a studio in an old farmhouse house in Tuscany, previously owned by a local sorcerer “il terzo occhio” (the third eye)…

The EP – mixed by Ewan Pearson, Ash Milton, Chris Brink & Tom Aitkenhead – is a collection of darkly futuristic and cinematic synth-infused gems, telling stories about wolves, spirits and a first kiss shared in the wood… 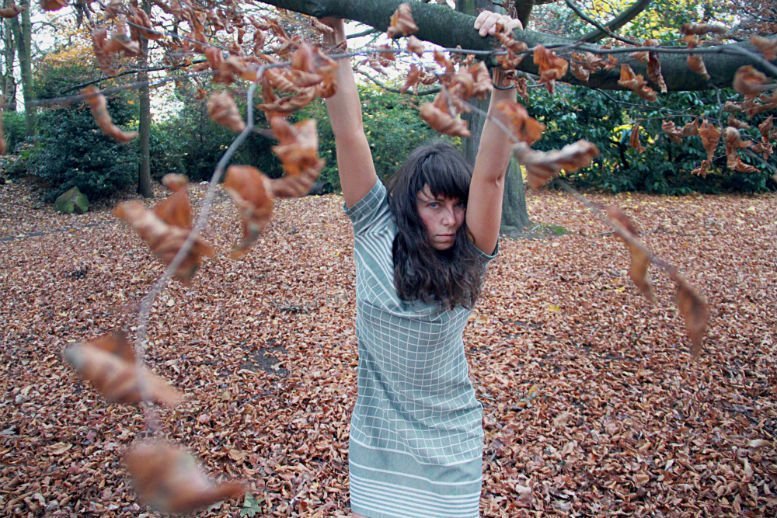 So Mia…can you talk about your debut EP?

We wrote and recorded ‘The Two Magics’, our two part album, while living on a remote farm in the Monte Amiata region of Tuscany. The original owner was known in the nearby village as “The one with the third eye” and he did magic rituals in the house, but nothing dark, the place had a beautiful and magical energy to it. Perfect for creating this album. Finding this farm was pure destiny as we needed to move somewhere out into nature to push ourselves creativity and find our artistry again after London. A lot of the music (especially in part 2) was inspired by the magic, mountains, trees and rivers and the vibes in that beautiful little house.

What’s the idea and influences behind it?

The music for the ‘Passenger’ was inspired by big dramatic film scores and the lyrics are about the “other” entities in the room that direct and influences my writing. It’s about real, otherworldly experiences in my past like my near death drowning as a child where I saw myself from above, floating in the sea. ‘Dead Stars’ is about the music industry and how we set ourselves apart from all the “dead stars” , celebrities who are empty, fake and only chasing fame, who offer nothing but soul destroying “music”.

For a long time I was terrified of this industry and ran away every time it looked like we may become big, fame has never been appealing to us, just making music. But this song is a declaration that I am no longer scared of the “dead stars” because I feel I am protected by entities beyond this world. The music deserves to be heard even if I have to compromise my solitude for it. ‘Fallen Leaves’ is pure nostalgia about lost highschool love and the kind of real friends that you will seldom find past your teenage years. It’s all about the loss of innocence and childhood and the painful transition into the darkness and loneliness of adulthood. ‘The Abyss’ is about the end of the world, which often times it feels like we are nearing… It’s about the unknown waiting for us. 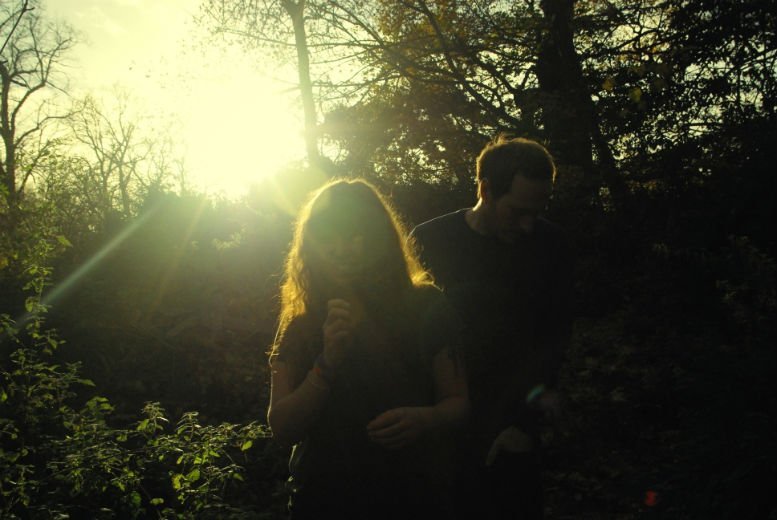 Why did you call your project Hunter As a Horse? Do you have Any interesting story for it?

There really is no explanation for the name…it literally popped into my head. Sometimes random words put together into a sentence is like a perfect mathematical equation that no one understands but somehow it is beautiful and it makes sense. It evokes a perfect feeling, but there’s no meaning to it.

Every song has it’s own influence as we do not ever attempt to stick to any writing style or process, that would make the work fake and contrived. There’s enough of that in the world. Everything is spontaneous and inspired poetry put to music. The lyrics are often channeled from another place. It feels like someone or something else takes over when we write, both the music and lyrics. Sometimes Paul writes the tracks and music first and then I write the lyrics and top lines over his work, sometimes I take a song written on the guitar to Paul and he goes from there. There are no rules.

To live on a farm next to the sea, swim and surf every day, grow our own food and weed and allow ourselves to be completely creatively free to write and research and study all the strange things in this world and the next one! We are both introverted, we love nature and solitude, so a farm would be ideal.

We have not agreed to any tours this year as we are looking for more interesting places to play. Quality rather than quantity. This year we will just do intimate little shows around Berlin, unless something really special comes along. Next year we have a beautiful tour planned in Italy where we will play in old churches and special venues. We will also tour France again and perhaps our home country South Africa. Our shows are eccentric and dramatic, we have a strong visual aspect to it. We use sound reactive visuals as part of a collaboration with minimal light artist Radaboy .

Releasing “The Two Magics” Volume 2. Other than that, we have deliberately made no plans. We just want to create more music, connect directly to our fans and do whatever feels good. We have afforded ourselves a lot of freedom by choosing not to sign to any labels, so there is no pressure. We have so much unreleased music which we need to get out there. That will definitely be a focus.