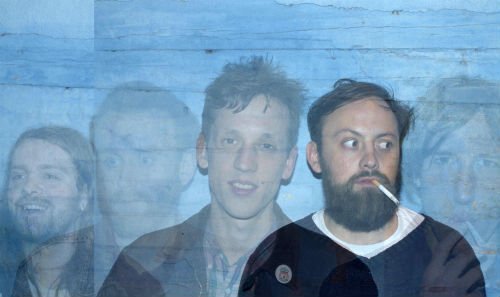 London quintet Human Hair – led by Jack Lenton and comprised of members of Lovvers, Dignan Porch and Claw Marks – release their splendidly raw and dirty debut album ‘My Life as a Beast and Lowly Form’, on 23 June via The state51 Conspiracy. Check out the video for ‘Hungers’.


Lenton’s lyrics on ‘My Life as a Beast and Lowly Form’ represent the animalistic tendencies toward the base things in life: the drink, sleeping all day and primal urges.

The album was recorded by Ben Phillips on a boat docked in the Thames (Lightship 95) and mastered by the legendary Alan Douches (Sufjan Stevens, Owen Pallet, The Rapture) in New York.