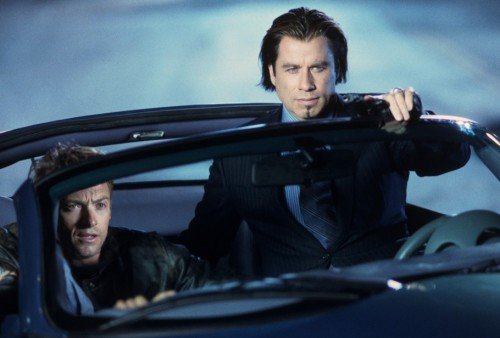 At the SAG Awards in Los Angeles, Hollyscoop asked Hugh which fellow actor has him starstruck and he told them, “John Travolta.”
Interesting choice, we did not see that one coming, especially since Hugh starred opposite John in the 2001 filmSwordfish.

This isn’t the only surprising news to come out of Hugh’s mouth recently. Hugh just told UK newspaper The Sun, that his wife Deborra-Lee Furness likes him to dress up in costume sometimes.

“She likes me coming home in costume because it makes her feel like she’s having an affair,” Hugh revealed.

Well, I’m sure Hugh getting home from work dressed as Wolverine is never a bad thing.

He didn’t specify which costumes his wife likes, only that she likes it when he comes “home in costume,” so, do you think he ever dresses up like his celebrity crush John Travolta?