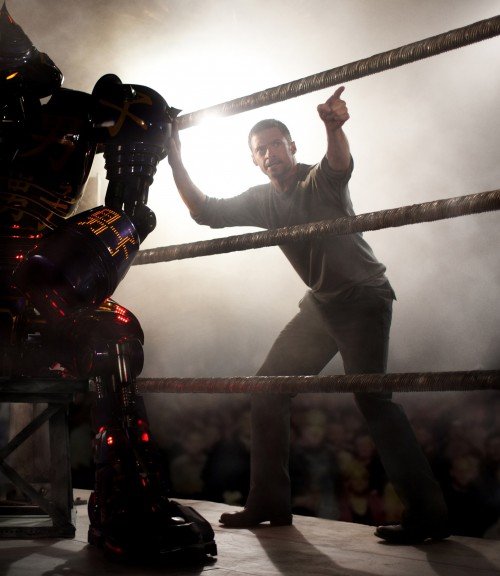 Dreamworks ‘Real Steel’ punches its weight straight to number 1 at the US box office and is the audience number 1 movie!

The film grossed $27.3 million over the weekend as Hugh Jackman kept George Clooney on the ropes knocking out competition ‘The Ides of March’ in a box office brawl.

Real Steel took a further $22.1 million from international markets but the real story is the film’s audience reaction – punching well above its competition. 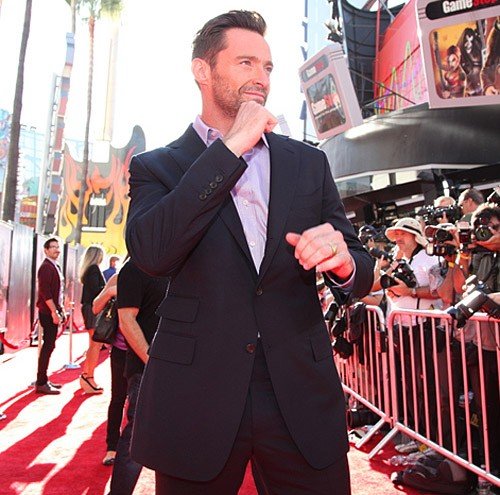 The action thriller starring Hugh Jackman proved a massive hit with all audiences and particularly under 25s, receiving a rare ‘A’ rating from CinemaScore – the official US rating’s agency judging cinema goers experiences.

Combining incredible effects with sci-fi nods and family themes in a big-budget action thriller “Real Steel” is about family as well, centering on a broken relationship between a father and son. About 25% of the US audience this weekend consisted of parents and their children, and the movie appealed mostly to men, who made up 66% of the crowd. 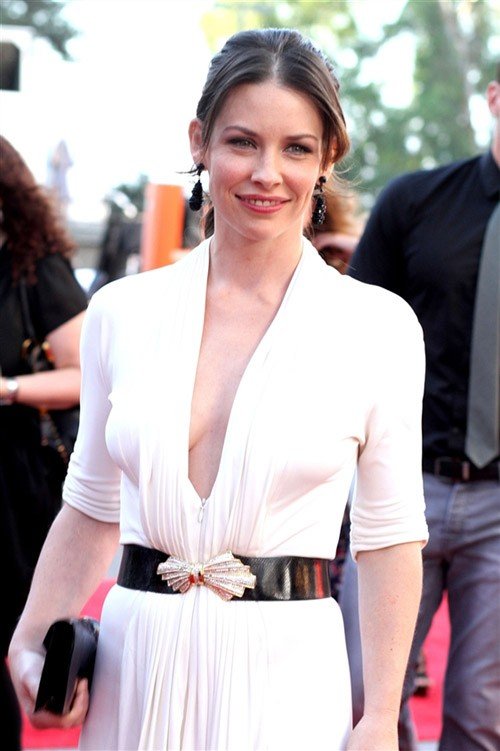 Evangeline Lilly is seen at The U.S. Premiere of “Real Steel” at the Gibson Amphitheatre at Universal CityWalk, in Universal City, California.(Eric Charbonneau / AP Images)

A gritty, white-knuckle, action ride set in the near-future where the sport of boxing has gone high-tech, “Real Steel” stars Hugh Jackman as Charlie Kenton, a washed-up fighter who lost his chance at a title when 2000-pound, 8-foot-tall steel robots took over the ring.

Now nothing but a small-time promoter, Charlie earns just enough money piecing together low-end bots from scrap metal to get from one underground boxing venue to the next. When Charlie hits rock bottom, he reluctantly teams up with his estranged son Max (Dakota Goyo) to build and train a championship contender. As the stakes in the brutal, no-holds-barred arena are raised, Charlie and Max, against all odds, get one last shot at a comeback.

The production hired Sugar Ray Leonard—widely considered to be one of the all-time greatest boxers, winning titles in five different weight divisions—to serve as the film’s boxing consultant and to train Hugh Jackman for his appearance in the ring. 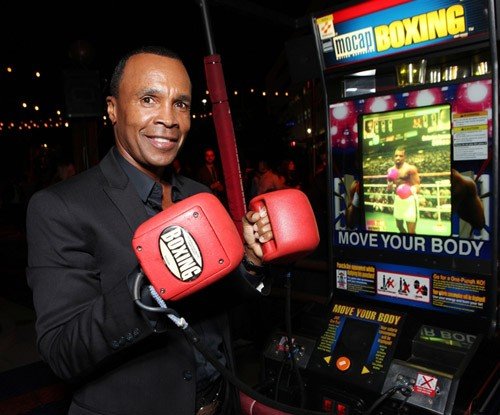 Sugar Ray Leonard at the after party of The U.S. Premiere of “Real Steel” at the Gibson Amphitheatre at Universal CityWalk

Hugh Jackman was pumped when Leonard was brought on board, especially since Jackman’s father had been a boxer and an army champion, fighting until he was in his early 20s.

Jackman says, “When I told my dad I was doing this film and was working with Sugar Ray Leonard, I don’t think I’ve ever seen him more amped or more jazzed in my life. He’s an Englishman, so he’s quite reserved.
He told me that of all the people who have boxed, Sugar Ray Leonard is a true champion. There have been other champions, but there’s probably no one more respected than Sugar Ray.

And when you meet him, you see that. He’s so generous and giving. He’s got a great, positive, effervescent way about him. He’s very respectful to people.

“It seems almost impossible to believe this guy was in the maelstrom of a boxing match, in some of the most vicious and tough situations anyone can imagine, because he’s just so congenial and nice. I mean, just to meet him was cool, but to actually be taught by him was great. He invented punches that no one had ever done before. To have Sugar Ray teaching me, that’s about as good as it gets,” Jackman concludes.

Although Jackman has boxed in real life, he was interested to learn the subtleties of boxing from one of the all-time greats.

From Leonard he learned the proper way to protect himself, how to throw a hook with the right hand, and that when he throws a punch to an opponent’s body, his free hand has to be up for protection.

“There were just little adjustments here and there for Hugh,” Leonard says. “He is, after all, an athlete and in incredible shape. He caught on so quickly.”

Director Shawn Levy adds, “It may sound a little weird talking about how Hugh relates to the robot, but Sugar Ray really influenced the way Hugh played the scenes in the corner. The ways that Leonard contributed to the film are both overt and subtle and really valuable.”