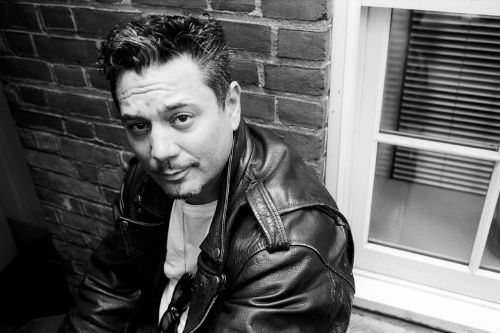 There are times when even we at Fame become starstruck (hard to believe I know, but it does happen). One such recent occasion was when we interviewed the uber cool Huey Morgan (of Fun Lovin’ Criminals fame).

With not only his FLC career, a hugely popular radio show, acting credits and an eagerly awaited solo album set for release (Huey and The New Yorkers, ‘Say It To My Face’ released by Naim Edge Records on 29th October 2012) , there was plenty to talk about 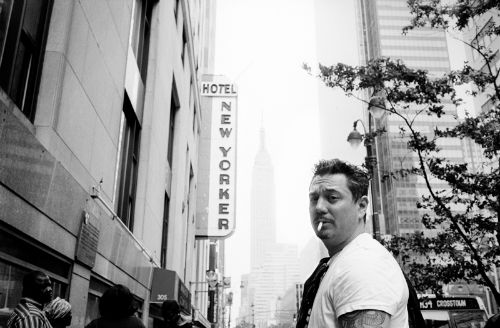 Here are the highlight’s from our chat with the all-rounder that is Huey Morgan.

Hi Huey. Firstly may I ask you why it has taken so long for you to release a solo album?

Sure, and hello to you too. Mainly it’s taken so long because I am in a touring band and now that we’re taking a break, I have a chance to do it.

How would you describe the albums sound?

Warm analogue early 70’s Stones, mixed up with some Clash-esque rock and a whole bunch of FUNK that makes you feel high and fuzzy.

But it would be better to listen to it than describe in words what only the aural parts of our brains can digest.

You have a very talented band behind you on ‘Say It To My Face’. Did you spend a long time trying to work out logistics to get them all together?

Yeah. The New Yorkers are a real great bunch of players and they do live all over the place, so logistics is my forte now. I ship the guys in crates with holes cut in the sides for air, so they don’t perish during their journey.

I found that’s the easiest and most efficient way to get everyone in the same room/continent at the same time, unless pirates interfere, in which case I send my Navy SEAL buddies out to fetch them back. 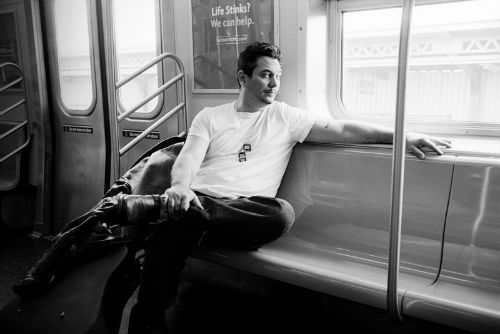 How involved were you in the songs, writing and production?

I composed, recorded, produced these tunes myself in my garage and some of the stuff was written and produced in NYC with the boys. It was complicated at points, but, every love affair has its complications.

And the production and mixing process with Tim Latham I.S.P. was a great experience and fulfilling as well. Some of the tunes we wrote 4 years ago in NYC, and bringing them back up on the desk was intense. So, I guess I was completely involved in the album as a whole. So I put my name on it.

Is this a one-off or have you more albums waiting to be made?

This is a beginning, and like most beginnings we got no idea what’s gonna happen. But if I was a betting man, which I am most certainly not, I’d wager that I would make more music with these guys.

They are my family and that’s what we do when we are together. Logic baby, just logic.

What are the rest of the Fun Lovin’ Criminals up to these days?

Frank is playing drums in the band with me in the New Yorkers and he fronts his own band, Uncle Frank. On top of that Fast and Frank got a project called Radio Riddler that is a reggae band, and Fast is composing for film. Naim Cortazzi, who also plays with us also has a band with Frank called Fatal Star.

Have you any plans to reunite or record new material?

Plans, no. But the FLC never break up. It’s like La Cosa Nostra.

You of course have lived in London for a long time now. What made you settle in the UK?

I ain’t settled! I’m back and forth to NYC so much my head spins. Crazy amounts of frequent flier miles yo. Wherever I lay my hat is home…

So saying, “Of course you have lived in London for a long time now,” really isn’t a question, but a statement followed by a question, so my question to you is why are you making inaccurate statements?

And to answer your actual question; I have a home in London because my wife is English and it is a really nice place to be sometimes. 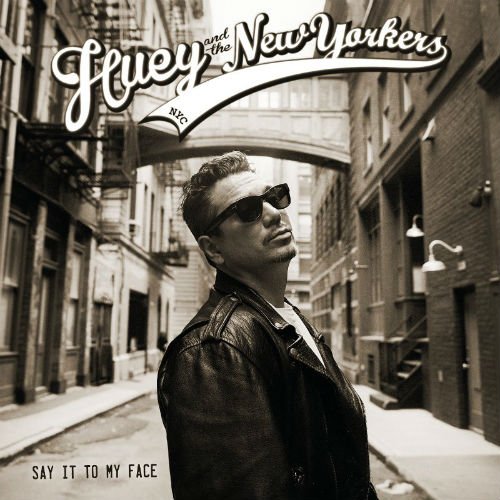 Your radio show has proved (proven) to be a very popular one. What do you think makes a good radio DJ/presenter?

Yes, thanks again for making an inaccurate statement followed by asking a question. It’s gone so well that 19 months ago BBC Radio 2 gave me a show too.

I’m a DJ, not a presenter, and that’s why my shows kick ass, I’m not up my own ass with fancy job descriptions, I just love music and there is so much great music in the world that I feel sometimes you just gotta shut the fuck up and play it for the people instead of doing the ‘presenter’ thing.

You have of course also appeared on TV in presenting roles. Is that something you would like to pursue further?

You gotta try stuff in life to see what you like. I’ve tried some TV stuff and it’s a fine line that I don’t really like walking.

I say what I think and that isn’t always a good thing for mainstream TV. I rather think it’s better left to the mindless idiots who do it so well.

With such a varied career to date do you have any unfulfilled ambitions?

No, as of this date.

How did you break in to the music industry?

I’m gonna go on the Google right now and cut and paste that answer, stand by…

The band was formed in 1993 by Huey Morgan, Brian Leiser and Steve Borgovini after Leiser, who was already friends with Borgovini, met Morgan at the club where they both worked.

They started playing together and would provide the entertainment for the club when a booked act failed to show up. It was during one of these stand-in gigs that they came to the attention of EMI and they were offered a record deal.

Do you feel it was easier back then without such things as the internet and social media?

It’s easier now to actually converse with people who enjoy your music. Back in the olden days, we would have to tour endlessly and schlep gramophone records around with us in the horse and carriage, and that took years.

So thanks to Al Gore and his new fangled internets, we can directly correspond with the world in an instant. I just tweeted that, FYI. LOL!

You have dabbled in the acting world too. Is that something you enjoy?

I enjoy exercising muscles I haven’t before and the few acting projects I’ve done have been with friends, so to answer you statement/question thing you got going on here, yes, I have enjoyed the experiences I have had making films.

Finally is there any time in your life to chill out and relax. If so what do you do to achieve that?

Thank God this is the last one! I relax by being a father and a husband and when they piss me off I write espionage novels.
©FAMEMAGAZINE.co.uk
Huey and The New Yorkers
Debut Solo Album ‘Say It To My Face’
Released by Naim Edge Records on 29th October 2012
hueyandthenewyorkers.com