Hue and Cry are back on the road in February and March for a full UK tour which brings brothers Pat and Greg Kane together again for the release of their momentous new album Open Soul. They will be performing at The Empire Music Hall, Belfast on Feb 26th and Whelans on Feb 27th.
Their sell-out tour in September 2008, when they played such legendary venues as the Bush Hall in London, had fans queuing round the block in every city they played and featured freshly arranged versions of pop gems â€˜Labour Of Loveâ€™ and â€˜Looking For Lindaâ€™ as well as the Radio 2-playlisted single â€˜The Last Stopâ€™. 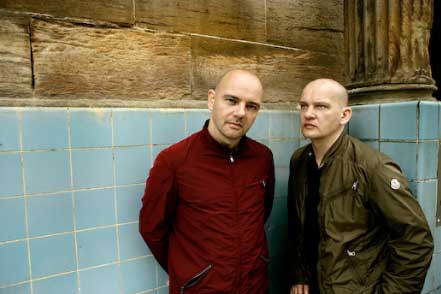 The bandâ€™s continued high profile touring schedule also saw the band perform a series of upscale in-store promotional gigs at House Of Fraser stores up and down the country. In addition, theyâ€™ve just played a sold-out charity gig in association with the Hard Rock CafÃ© for their special â€˜Pinktoberâ€™ schedule of events in aid of the Caron Keating Foundation.

After being personally invited to appear alongside the great Al Green at Glasgowâ€™s Clyde Auditorium at the end of October, Hue and Cry will have the release of their second single â€˜Headinâ€™ For A Fallâ€™ to look forward to and will be kicking off their most exciting set of dates yet in their native Scotland.

Hue and Cry first made their mark in the late eighties with the hugely successful albums Seduced and Abandoned and Remote, spawning smash hit singles such as â€˜Labour of Loveâ€™, â€˜Violentlyâ€™, and â€˜Looking For Lindaâ€™ along the way. Their award winning style of strongly written pop songs fused with a unique brand of soul brought them continued success as the band marched into the nineties releasing more acclaimed work including the chart-storming Top Ten album Stars Crash Down, amongst others.