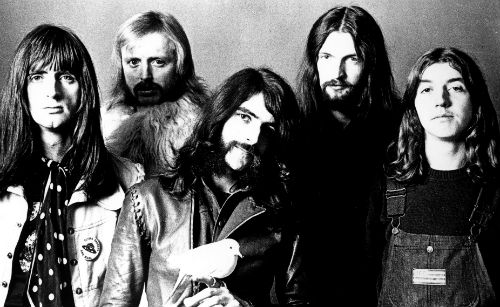 IRISH band The Horslips have been dubbed the “founding fathers of Irish rock”. They are described by many as having “defined an era” and were responsible for albums such as The Táin, The Book Of Invasions and The Man Who Built America.


But nearly 40 years later frontman Barry Devlin has revealed he still gets nervous before going on stage.
Speaking ahead of their show on June 21 at Dunluce Castle Barry from Ardboe in County Tyrone also says while other people remember fondly the day they were asked for their first autograph he remembers the day he wasn’t.

He said: “I remember going home to Ardboe on a train full of people in August 1970. New Spotlight, the Irish Music mag of the time had a postage stamp size photo of the band (spelt Horslypse and with Spud Murphy as our lead guitarist) on an inside page. I left it open for the whole journey home, hoping people would spot that one of the guys in the photo was me.”

“No one did, alas, but that might serve as an indicator of how much I wanted someone to ask for my autograph at the time.” Barry is much more relaxed now about the fame side of the business. Most people haven’t a clue who I am. It was a long time ago! So I don’t get mobbed” he said. “The reality is that anyone who takes the trouble to say hello probably likes the band and wants to talk about things connected to it….and so do I.” 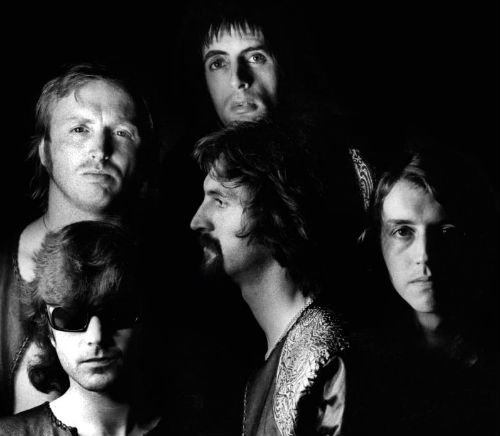 “So I’m always happy to talk about stuff. So much so that people’s eyes tend to glaze over.” It may be over four decades since Barry first stepped on to a stage with Horslips but he says it just keeps getting better. He explained: “I still get nervous and I deal with that by being nervous. On stage. Visibly.

“But the feeling now compared to when we first started out is even better. “First time round it happened very, very fast, it seemed inevitable, destined. This time we’re far more aware of how lucky we were and are, stepping out in front of people who love us on stage with best friends – and in a place like Dunluce on the longest night of the year? You couldn’t beat it with a big stick. It’s magic.” 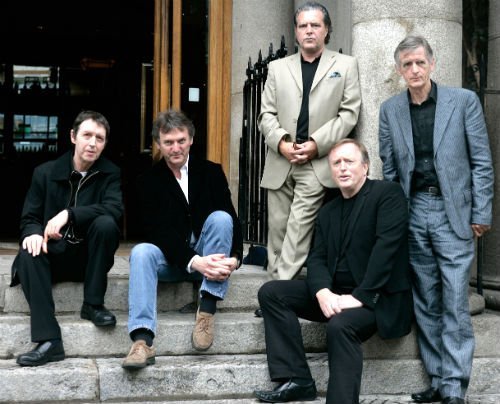 Despite their success in the early days Horslips (Barry, Eamon Carr, John Fean, Jim Lockhart and Charles O’Connor) a massive 24 year break to be reunited by a court case involving their back catalogue.

“We finished in 1980 simply because we were knackered. We’d done 10 studio albums and two live ones in just under eight years and we’d played about 1700 gigs” said Barry, adding: “After the break up we took our eye of the ball and found our copyrights had been purloined and it took us a long time and a lot of effort to get them back, right up till 1999 in fact.

“It was a difficult time. We were a bit sheepish about it at first. And right after the sheepish bit came the very cross indeed bit.
“When it came to reforming it was simple. All of us were still alive and still able to play, so that bit was easy. The ‘why’ is easy as well. We’d got our catalogue back, we’d got together for the retrospective exhibition in Derry and we found we’d really missed each other in the context of group life.”

“So we went ‘hmm, maybe we could do this for real’. Denis Desmond the promoter took us on and the rest is history or at least less ancient history.”

During the band’s break Barry carved himself another niche in the media as a well known writer and producer. He said this helped to give him something to focus on after the band. “Never mind focus. I needed to put a roof over my head after the break up. I had some talent as a writer and I was lucky enough to start work as a writer /director of videos with U2 and from that my present career as a screenwriter opened up.

“Making the transition to the next bit is hard when a band breaks up. The guys in Horslips made a really good fist of their various Part Twos which meant we were all in good shape to get back together.”

And now that they’re back together Barry says the band wouldn’t be adverse to revisiting the advertising world which is where they started. He said: “Eamon, Charles and myself worked in Arks advertising, the agency that handled Harp. Gerry Poulsen, the English director said he ‘couldn’t find a band that wasn’t spotty’ – his phrase – for an ad he’d been asked to do for the brand and we obviously had the clear, unblemished complexions he was seeking.

“So we had a fun day preening on stage in red jackets with lace cravats and thought ‘hmm this could be fun’. For anoraks out there, a factoid. Paul Mc Guinness, U2’s manager was one of the extras on the dance floor. The brand almost doesn’t exist in the South now though it’s still big in the North, they haven’t asked us back but we’re cheap though. Cheap.”