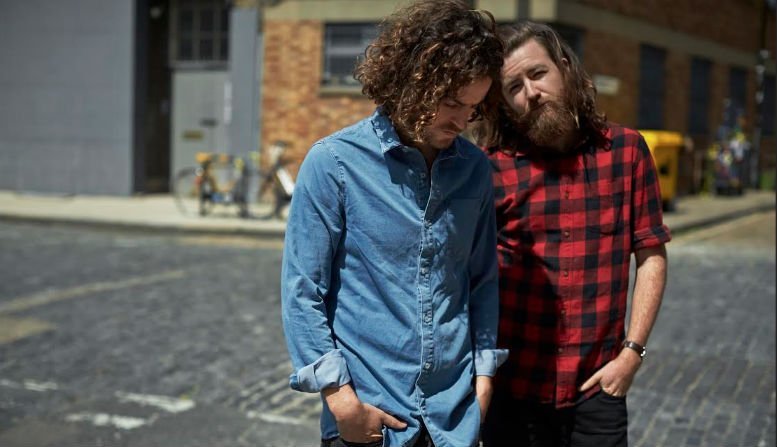 Ahead of their second tour of Europe and the UK, gripping duo Holy Holy – songwriter Timothy Carroll and composer and guitarist Oscar Dawson – share ‘A Heroine’, another slice of their darkly uplifting & far-reaching piece of atmospheric rock, lifted from the compelling debut album ‘When The Storms Would Come’, released via Wonderlick/ Sony Red on 30th October 2015.

The live video, which is a collaboration between producer/sound engineer Jonathan Steer and film maker Drew Dunlop, was filmed during the weekend of their two sold out headline shows at Howler, in Melbourne.

“We’ve been working with Jonathan (film maker Drew Dunlop) for a while now, he comes on the road to do sound for us and we’ve grown close. He’s very thoughtful and knowledgeable and we like his bold approach to live mixing,” explains Carroll. “It’s nice to capture a bit of what the live show is like.”

Speaking about the track Tim Carroll says: “I was listening to a Melvin Bragg podcast about the Ming Dynasty and I was struck with this idea about how over time and place it’s the same few struggles and triumphs that people have. It’s love and loss and death. It’s rivers and roads and moving. It’s trust, betrayal and growing old. Whether in China in 1310 or Ireland in 1970 or us, now.”

In case you missed it…Check out the video for ‘History’. Vocalist Carroll says “…the bed for History was recorded in a session that very nearly didn’t happen”..