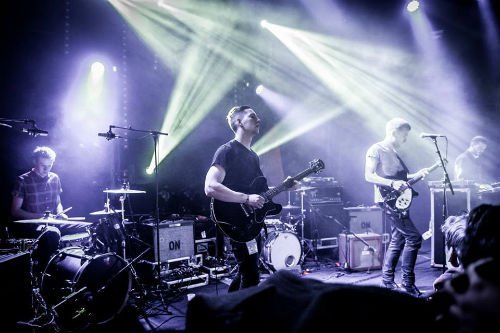 Glaswegian exciting four-piece Holy Esque unveil their inescapable and powerful track “Silences”, released on February 10th. A tune that cements their position as one of the most interesting bands of 2014.

Formed in 2011 at the Glasgow School of Art, Holy Esque have spent the past two years performing everywhere from The Great Escape, CMJ, Berlin Music Week and South by Southwest, as well as a guest slot on the BBC Introducing stage at Glastonbury…