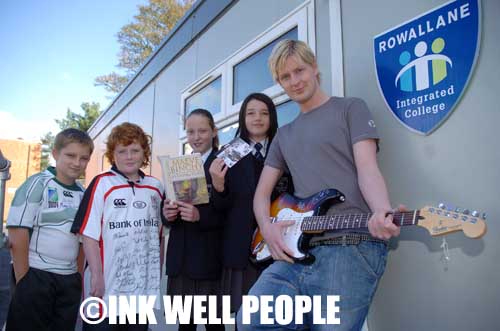 The 25-year-old actor, who is based in Liverpool, said it is important for him to come back home and â€œgive something backâ€. He added: â€œItâ€™s one of the great things about my job, I can to meet kids and show them that it is possible for a boy from West Belfast to be cast on a Channel 4 soap. â€œI hope that by talking to them and encouraging them, I can inspire them realise their dreamsâ€. This Saturday, October 20, Gerard will join a host of celebrities includingformer Formula One boss Eddie Jordan and his band, actor Adrain Dunbar and Frank Carson at the Europa Hotel for a special event hosted by former feather weight world champion and Hellâ€™s Kitchen winner Barry McGuigan.

The 18th century themed Le Grand Ball, organised by BC Plant JCB Ltd, will welcome over 400 guests and is expected to raise tens of thousands of much needed funds for the Integrated Education Fund. The event will also host a live auction with prizes including a Fender Stratocaster guitar signed by Northern Ireland band Snow Patrol, two exclusive tickets to the MTV Europe Music Awards in Munich on Thursday November 1, an authentic Irish rugby shirt signed by First Minister Ian Paisley and Deputy First Minister Martin McGuinness, a jersey signed by the Ulster Rugby team and a home-cooked meal for four guests at the beautiful Dalkey home of Maeve Binchy and her husband Gordon Snell.

Also on the chopping block is a weekend for two at the award-winning Castle Leslie, a shirt signed by the Northern Ireland football team, a two person Master Class at Rockingham Motor Sports Cantre and a signed Take That photograph.
ief.org.uk 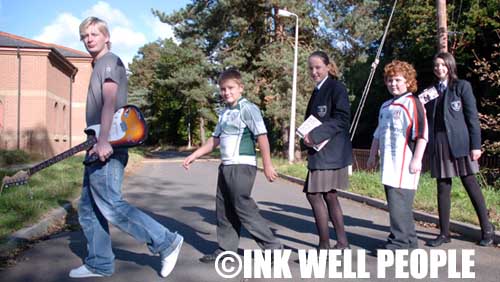