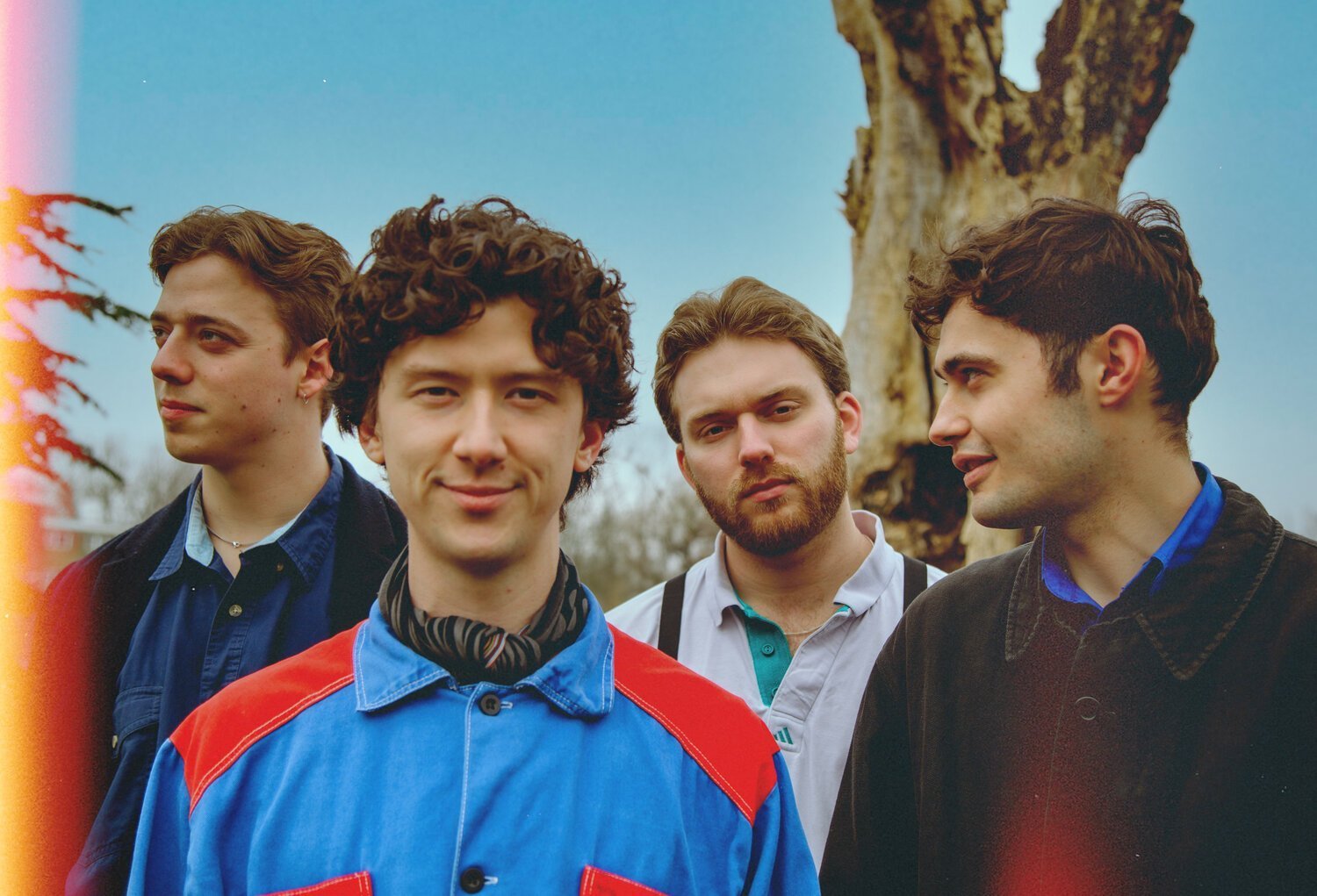 Hello Hollis Lomax – Will Rowland (Keyboard/Vocals), Hugo Keays (Guitar), Will Ellis (Bass Guitar) and Rob Taylor (Drums)- how are you?

It’s Sunday, the weather’s great, and we’re currently sitting somewhere in between the depths of despair and the jaws of oblivion.

You’ve released single ‘Past Time’, can you tell us about the themes contained within the song?

Reflecting on a past relationship, the themes of Past Time assess how life has since changed. The nostalgia is colored by the difficulties of navigating adult life and the responsibilities that accompany it. The three-part nature of the song is supposed to feel like a journey in which, by the second part, the lyrics show a more mature, adult approach to romance. However, the final section presents an internal conflict, as it paints a messy emotional frenzy, led by the lyrics ‘Let’s go there’, which refer to a desire to return to a ‘Past Time’ of emotional intensity and youthful excitement.

As a collective, how does the writing process work when coming up with new songs?

It really depends from song to song, but we make extensive use of the iPhone voice memo. The iPhone mic is weirdly good. Jacob collier released a voice memo on Spotify and I think he’s onto something. But yeah sometimes it starts with a guitar riff, sometimes with melody, and occasionally it begins with lyrics, like in the case of Heading West, which is probably our most out-there song. We’ve tried to vary our process quite a lot and I think that’s really the best way to produce varied-sounding songs.

Has the pandemic had an impacted upon the art you create?

Obviously, it’s been tough not playing live, but a stand-out positive moment, was during the first lockdown, we came together for the first time in months on a beautiful day in June and booked a studio space and just jammed out for 6 hours, and it all felt very cathartic. There’s a sweaty 1-minute clip on our Instagram for those interested.

As an Oxford-based band, do your surroundings influence the kind of music you produce?

We’d love to say the dreaming spires of Oxford have influenced our sound, but to be frank that’s not really true…But we have very fond memories of the dingy band room at uni where we used to rehearse. Many early song ideas were formed there, alongside our collective tinnitus

Have you seen changes, both positive and negative, in the music industry since you formed as a band?

Well, it’s been great to see the cult rise of bands like black midi, whose virtuosity and experimentalism have really pushed the boundaries of guitar music. Whilst still niche to most, that this genre of music can garner such a following, is amazing to see and encouraging for us as a band. But with that, it’s sad that a band like Radiohead seems to be the last experimental outfit to properly hit the mainstream. What, us? The next Radiohead? I didn’t say that 😉

It sits, gathering dust in the basement of Spotify.

With live performances on hold for the moment, have you found new ways to connect with your fans?

Honestly, we do our best to connect with fans online, but we are just waiting for gigs to try and build our following!

We are planning to record a load of new music in the coming months for your listening pleasure. We did say we were going to commit to a song a month, but I think we’ll spread it out a little more. Watch this space.