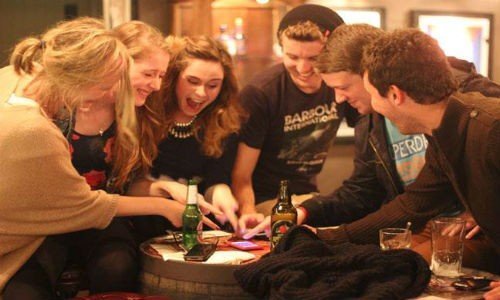 I only recently came across the Speedquizzing concept. Now, I’ve been to a fair few pub quizzes in my time, but nothing like this at all – in the best possible way.

In my youth I attended weekly quizzes despite never winning a thing, but in the last five years or so I had lost interest; with smartphones now, cheating just seemed to be an unavoidable issue that I wasn’t prepared to deal with.

Since then, I’ve shifted more to drinking at bars than at pubs. It may cost more, but as you get older you find yourself craving a quieter atmosphere instead of your old rowdy pub haunts.

So when I found that Speedquizzing wasn’t just the “pub quiz” I thought it was, I was really excited. The idea of sitting in a nice bar with a group of friends, all getting involved in a test of our knowledge sounded like a fantastic night out. And you know, it really was. 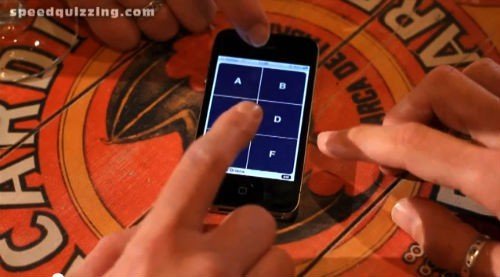 At first I was a little confused about why some events were Smartphone Trivia Nights while some where Smartphone Pub Quizzes – what was the difference? The simple fact is that there isn’t a difference apart from location, but that’s enough.

If I saw there was a pub quiz in a restaurant, I’d be pretty baffled, but a “trivia night”? Excellent! This is part of their rebranding exercise which introduced a new bunch of brightly coloured logos for use in advertising. My favourite is the yellow and black-background version. 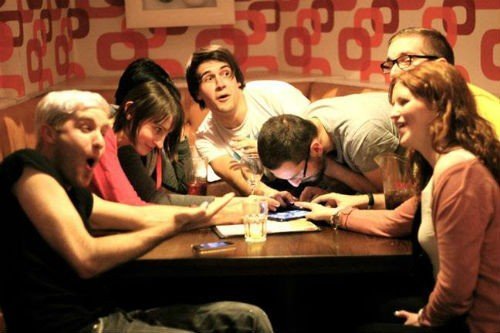 Instead of pens and papers which can be doctored or marked wrong by other teams, the quiz comes from an app which can be installed on smartphones and tablets – as one of my friends owns an iPad, we used that and it was easy enough for six of us to get around it and all contribute. 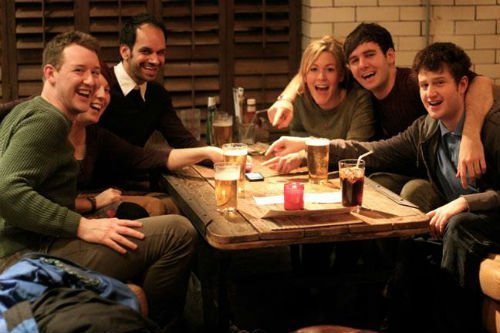 I had a look on the website out of interest and it looks like sorting out the app is no problem at all, and I also stumbled across a great feature that allows you to search and find a quiz!

Luckily there are lots around right now, even as far as Spain and the US, although they are mostly based in the UK, thank god.

Speedquizzing is just a fun night out that allows you to focus on your knowledge of hobscure horror film sequels instead of worrying that every person using their phone is looking up answers to cheat. For a civilised trivia experience, I would highly recommend a Speedquizzing event in a nice bar with a good group of friends.