London based maverick DJ / Producer Joshua Harvey, aka Herve, is currently working at the forefront of UK electronic music. As a remixer, he has worked with The Chemical Brothers, New Young Pony Club, Basement Jaxx and Roisin Murphy and as a DJ he has graced some of the country’s largest stages, not least his regular slot alongside his mentor Switch at London super-club Fabric.


It has been his work in production alongside Sinden, however, which has pushed him to a new level. The Count & Sinden’s debut “Beeper” was always designed to be a club track. When it began to be picked up by radio, both were surprised. By March of last year, the duo knew the track had transcended all their original plans. It had become a phenomenon. Regularly hammered by everyone from the Ed Banger crew to the more indie-edged dancing dens, “Beeper” became the party record of 2007. A title it doesn’t look like shaking off this year either. 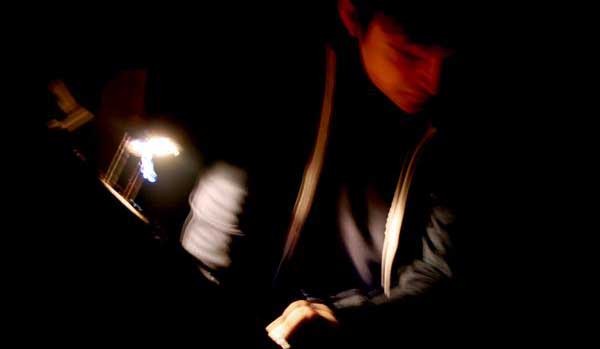 With the partnership now signed to Domino, the track has been re-recorded with vocals coming courtesy of Kid Sister. Rather than pale next to the original, Sinden thinks the revamped version has become the definitive take. ‘She nailed it,’ he says. But, as he continues, the tale of “Beeper” is evidence that you should never take anything for granted. “Beeper” was meant to be played in DJ sets, it was the last track we did for the EP, but it’s taken on a life of its own,’ he notes. ‘It’s demonstrated that our sound is completely adaptable. It’s not one thing. In actuality it’s where dance music and urban music meet.’ When you consider the pair have remixed everyone from Mark Ronson to Pharoahe Monch by way of Mr Hudson And The Library, you can factor in indie, hip hop and easy listening too.

‘I think it’s our strengths coming together,’ admits Sinden. ‘I don’t think either of us could have made that track (which, incidentally scooped IDJ’s coveted 2007 tune of the year no less) on our own.’ ‘It’s a fun record,’ says The Count with a smile. ‘Hopefully, it’ll be one of those tracks that is played at house parties and weddings for years to come.’ “Beeper” is only the start of the journey for The Count & Sinden. The pair have been burying themselves in their underground bunker writing and recording their debut album, due for release in the summer. If you thought 2007 was their year, you wait until you see what they’ve got prepared for 2008.
myspace.com/hervespace
myspace.com/countandsinden
HERVE
(THE COUNT OF MONTE CRISTAL)
+ JOE DOUGAN (RADIO K) & JIM HARTEFRIDAY 25TH APRIL
THE STIFF KITTEN
DOORS 10PM
TICKETS Â£8, AVAILABLE FROM THE STIFF KITTEN BAR, ZAVVI (FORMERLY VIRGIN) AND ONLINE AT
thestiffkitten.com