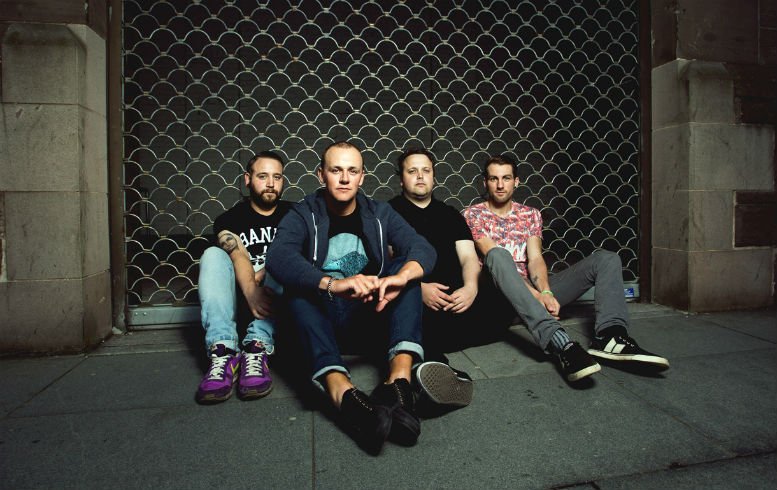 From the outset of the first track ‘Eyes on Judgement’, you can hear a clear Blink 182 vibe coming through from the band. Liam McGowan’s American twang fits perfectly with the distorted guitars that carry the song and creates a full and dynamic sound throughout.

The track ends quite abruptly but seems to fit the tone and falls nicely into their most recent single release; ‘Ideas’ – a track which showcases the band’s ability to create brilliantly catchy Indie-Rock. The track is covered in some great guitar riffs and hooks you won’t be able to sit down to.

The EP them moves onto slightly slower paced track, ‘Drift’, which kicks off with a guitar solo not far from the likes of Minus The Bear. The pace of the track moves up and down throughout, showing the variability of Hello Future’s sound. ‘Drift’ is filled with big anthemic sounds while also having the ability to completely strip down and build suspense before building itself back up to those heavy guitar chords and drum beats.

The next track on the EP ‘Do You Feel Alive’ (their debut single) brings us back to their catchy, melodic routes. The chorus will no doubt have you singing along and it will be hard to get the indie-pop melody out of your head. It is not hard to see why the boys made this their debut single.

The EP comes to close with ‘I’ve Been Sleeping’; a track that again takes a slower turn initially before building up into another climatic banger. Ross Findlay’s brilliantly emphatic and powerful guitar solo is also something that is definitely worth a mention.

Actually, Findlay’s instrumentation throughout the entire EP is almost certainly a key part of what makes this band so strong and leaves you wanting to hear more. A great start for a band who are clearly going places.

‘Circular Motion’ is out now via Hold The Line Records.