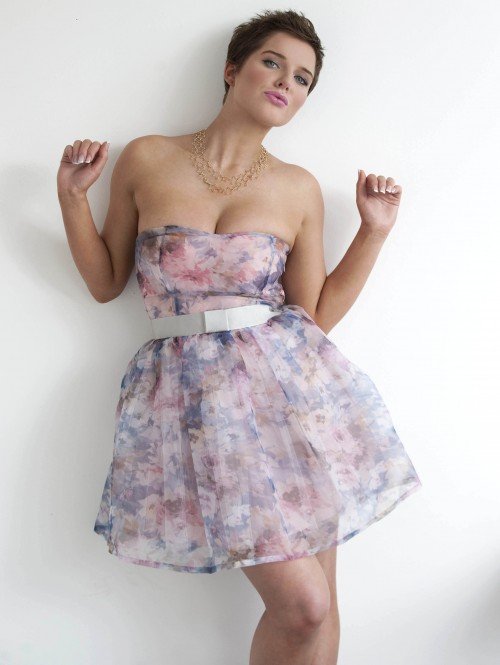 Corrie actress Helen Flanagan, best known for playing the feisty Rosie Webster, reveals to TV Buzz Magazine from The SUN, what her perfect acting role would be: “The perfect role for me would be in Romeo and Juliet, the character Rosie can be quite bitchy at times, but Juliet is more like me. I’m a romantic person so I know I could play that part really well, and I’m quite good at Shakespeare because I studied him for my A-level in English Literature.”

Helen recently said her goodbyes to Coronation Street: “It’s a completely fresh start for me, I’ve been in Corrie for 12 years – it’s all I’ve ever known. But now I’m living in Wales with my boyfriend [footballer – name], who I’ve been with for two years. I feel like I’ve got this new-found freedom.”

She revealed to TV buzz, “When I decided to leave Coronation Street, there was other personal stresses in my life – but a week later the panic attacks started. I’ve always been such a confident person, but I started getting feelings of anxiety and being geeky, I was too embarrassed to say anything.”

Helen explained, “Gradually it got worse untill it was full on for about a month. I was always comfortable at work, so for it to happen to me after 12 years wasn’t very pleasant. Getting through it has made me such a strong person. Amazingly, I haven’t had any panic attacks for the past 2 months.”

Helen says her goodbyes, “It was emotional, everyone came to say goodbye and I was given this CD full of pictures of me and Rosie since day one. But I love my exit storyline. I’m really pleased they didn’t kill Rosie off and that the door has been left open.”
So maybe Rosie will return to the cobbles…
The Sun TV buzz
facebook.com/TVbuzzmag