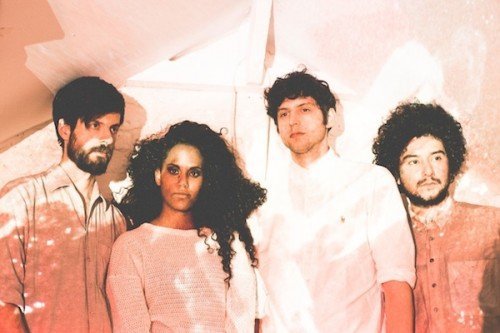 Watch the stunning video ‘Litmus Test’ recorded in their House of Dreams:

Matthew Herbert says: “I love this band. There’s a delicate orchestration to their playing and arrangements that has more in common with symphonic classical music than rock.

Born of many years of experience performing individually in a bewildering amount of styles the band seeks to build this musicianship in to an uncompromisingly visceral, passionate yet tender sound.

Full of gentle surprises, the whole project feels unhindered by compromise or a desire to please. As a consequence, it makes for a magnetic, engaging listen.”

LIVE DATES:
ALBUM LAUNCH
Thursday 31st of October at The Round Chapel (1d Glenarm Road, Clapton, London E5 0LY)
Hejira will be performing their debut album ‘Prayer Before Birth’ accompanied by an 18-piece ensemble including a choir and trombone section. The special concert will be the first time this piece of work will be performed in its entirety and will be filmed and recorded live.
Advance tickets: £10
Advance tickets including a copy of the album ‘Prayer Before Birth’ : £15
Tickets and information available from traumpress.com and hejira.info