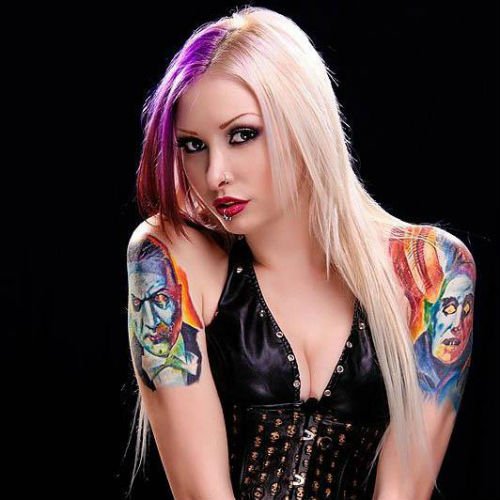 Sexy rock chick Hayley Leggs is a young lady who certainly grabs your attention when you meet her. 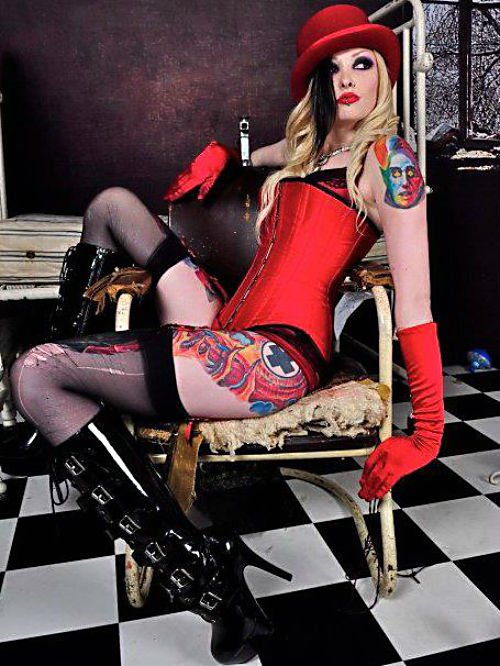 Fame has met Hayley on a few occasions now and yet still knew very little about her, and how she ended up hosting her own rock radio show, made a career out of cavorting about events on stilts and what inspired her very distinctive tattoos.

Hi Hayley I first saw you at the Hard Rock Hell festival in Wales. What was your involvement there?

I’ve been working at Hard Rock Hell and Hammerfest for the last few years with my agency, Area 51 entertainment. We do stilt walking around the festival and perform onstage with some bands, doing fire breathing or angle grinding usually.

I love these festivals so much! It’s always such a great time and the chalet parties afterwards are always mental. Don’t ask me what happens because either I don’t remember or shouldn’t say! 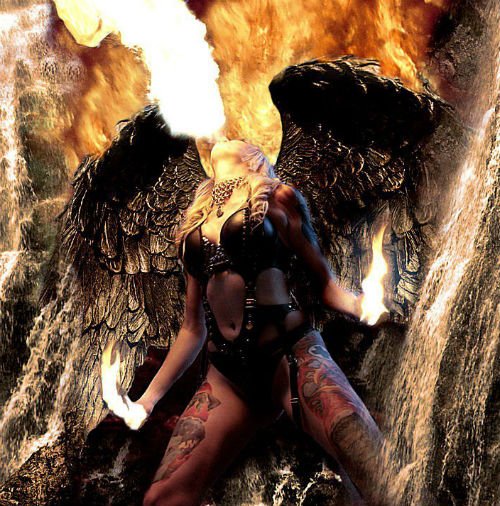 I do assume you are a big rock music fan. Have you any favourite bands?

I’m a huge fan of hard rock and metal. My top few bands are Slayer, Pantera, Megadeth, Black Label Society, Alice In Chains, American Head Charge, Korn…I could go on but we’d be here all day. Listen to my show and you’ll soon get a good idea of which bands I like! 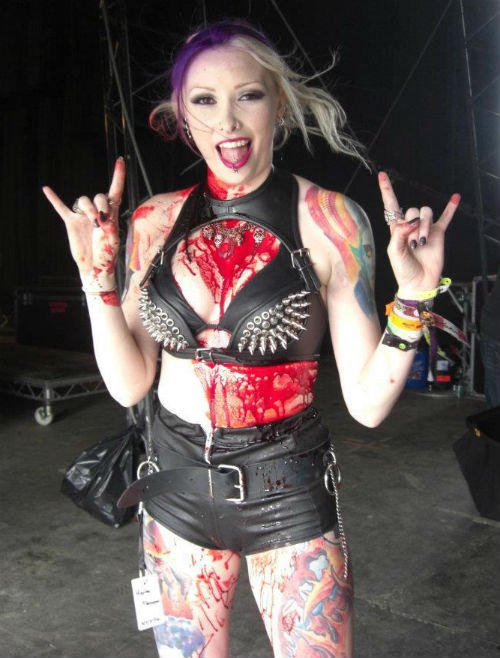 I seem to remember you breathing fire(at HRH). Have you a circus school background?

Fire breathing is my favourite skill to do. I don’t have a circus school background at all, I had no idea I’d get into all this.

I played drums in a band in my teens, other than that I first started doing any stage performance stuff when my friends and I started our old horror/burlesque group. We mostly just danced around and chucked fake blood around. 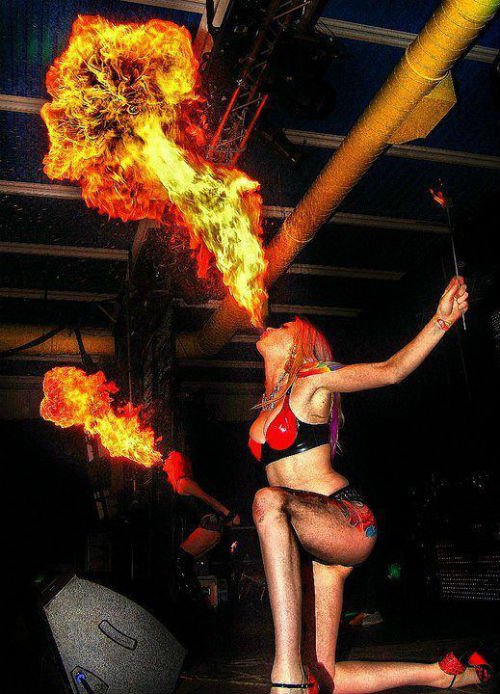 We first got booked through Area 51 for Download Festival a few years ago, then for Hard Rock Hell, and while we were out on the road with them, their other performers started to teach us their skills.

How did you get in to the rock music scene?

Same as anyone else does really. I discovered rock music when I was around 13 or 14, started going to local gigs, then rock clubs and bigger gigs in London.

You of course also DJ on a well known rock radio station. How did that come about?

I first went on TotalRock Radio as a guest on Xander’s show when I was drumming for Adam Ant.

Then I met TotalRock boss Tony Wilson at Bloodstock last year and I drunkenly ranted at him that I’d like to have my own show on there. He foolishly agreed! 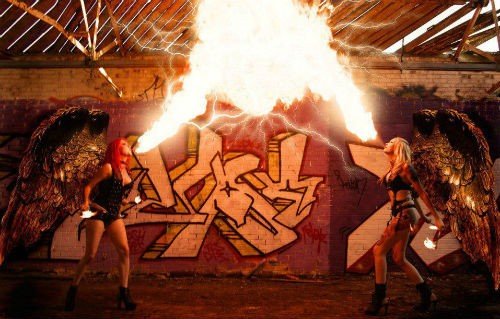 What do you enjoy about Djing? I mostly enjoy the power to force other people to listen to whatever I decide they should listen to, mwahaha! Also I love it when I get to interview musicians who I’m a fan of, that’s always a thrill.

Had you a career dream (when growing up). If so what was it?

I was never really sure, I just went along with whatever I was good at, then gave that all up after college, started another course in film making, gave that up, and ended up working an assortment of strange jobs. I could never work in an office!

Have you any plans for the rest of 2012. For example are you at HRH again this year? 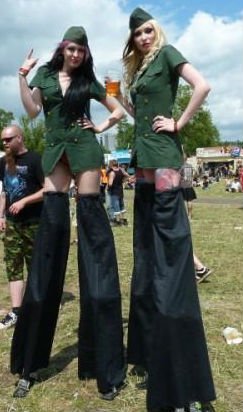 Next is the Devin Townsend Retinal Circus show this weekend, I’m really looking forward to that, some corporate Halloween gigs with Nympherno then a trip to Norway with the other Nympherno girls.

We’re hoping to be doing Hard Rock Hell again. It’s pretty likely we will be…shit’s gonna go down if not!!

How does it feel to be a sex symbol. Do you enjoy the attention your promotional pictures/events give you?

Who decided I’m a sex symbol?! You?! Truth is that any girl at metal gigs or festivals will get a lot of attention because they tend to be a minority. I’m fine with it at places like these, the attention definitely helps to promote Nympherno.

It’s when walking down a street and getting shouted at by men that I don’t like attention, but I guess that goes for most girls!

I suppose I must like the attention on stage otherwise I wouldn’t have gone for this kind of career, but it definitely feels different up there, more like you’re playing a character.

I tend to get shy again when I’m walking around through the crowds. Unless I’m drunk, then I get lairy again.

You have some very cool tattoo’s Hayley, what inspired your ink?

Thanks very much. My tattoos are mostly inspired by the art of Basil Gogos and the classic Universal horror monsters. I do love a good monster.
Finally do you have any unfulfilled dreams Hayley?

I’d have loved to have ended up as a drummer in a proper touring metal band, then again I never really put in the time, and I still got to play drums for Adam Ant, so I can’t complain!

For everything else, nothing has really been planned and has ended up going much better than I could have hoped for. I’ve been very lucky and enjoy every day!

You can catch up with Hayley on totalrock.com and at many festivals and gigs throughout the UK.
facebook.com/HayleyLeggs
©FAMEMAGAZINE.co.uk