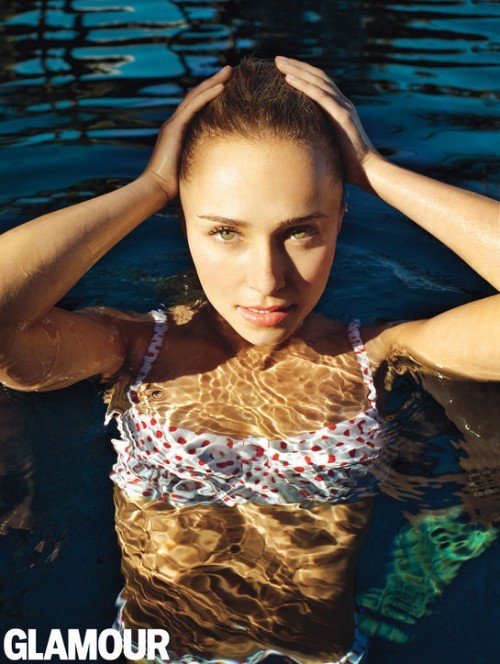 Hayden Panettiere sizzles and looks amazing in these photographs by Peggy Sirota and opens up about getting married, babies, and Wladimir Klitschko, in an exclusive interview with Glamour magazine. 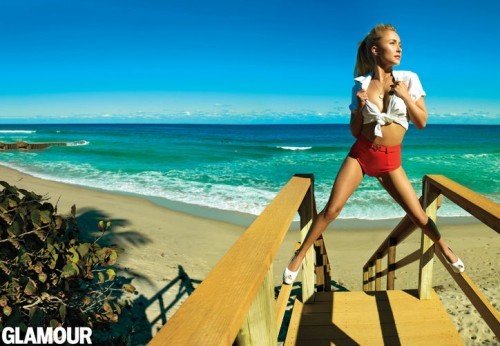 “I don’t look at it as a second chance; I look at it as where I’m supposed to be. Even if I’m not perfect at it, even if my voice takes work, this is where my heart is. People used to ask me, ‘What kind of music do you like?’ I’d say, ‘Country.’

Then they’d go, ‘But you’re from New York.’ I thought people would think I was trying to be something I’m not. But the industry of country music is unbelievably accepting. The fans are unreal. There’s no judgment; it’s just, Let’s all get together in a massive backyard and have a barbecue and drink and have fun.” 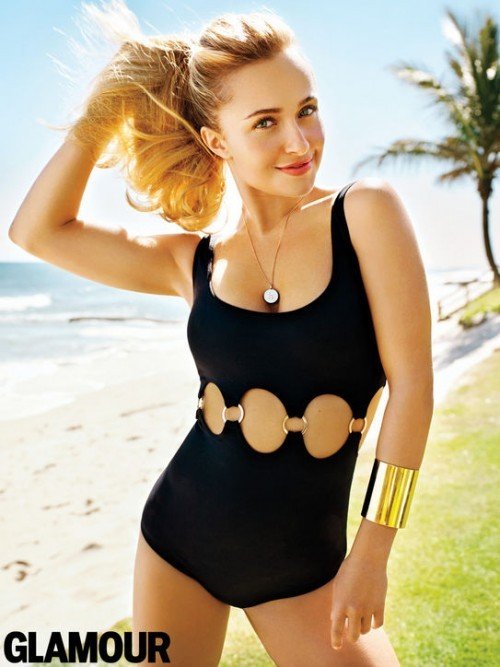 On the meaning of her tattoo…

“It’s Italian: Vivere senza rimpianti. When I was younger, I was upset, and my dad said he wanted to show me something. He slammed one door of the bathroom, and the closet door popped open—it was a trick with the air. He said, ‘Whenever one door closes, another one always opens.’ So my tattoo means ‘Live without regrets.’

It’s not that you don’t regret things in life, but you at least try to learn from them. It’s misspelled too [accidentally, as rimipianti]—so I literally have to live by that advice!” 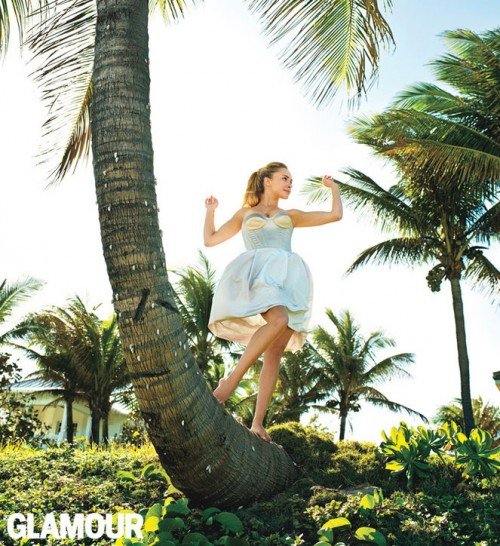 Rumor has it you’re back together with Wladimir Klitschko?

[Huge smile.] I think it’s pretty obvious. I’m not going to deny it.

How does a girl from New York transplanted to Nashville meet a Ukrainian boxer?
[Laughs.] Life is like a lunchroom at school. In this industry you’ve got little individual tables of actors, singers, rap stars, this, that, the other.

But it’s a big industry that also encompasses anyone in the public eye. An acquaintance of ours did a coffee-table book, and the proceeds went to genocide prevention. We met at the party for the launch of the book; we’ve been friends for five years—we’ve never not been close.

So what’s different this time?

It’s like the 2.0 version. I’ve always had great relationships and stayed really good friends with the guys I’ve dated. It blows my mind sometimes that us getting together has gotten so much attention. It’s like, Really? This is breaking news? 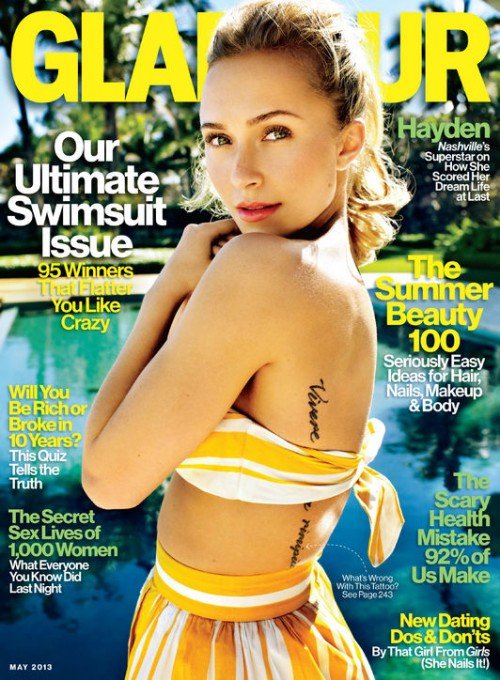 How would you say your parents have affected your relationships?

Hayden Panettiere: They split up when I was 18. There was this whole thing, and my dad went to jail. [In 2008 her father was arrested for allegedly striking her mother in the face.] When it happened, I knew my denying it or saying it was false wasn’t going to do anything. People would just say, “Oh, she’s in denial.” My parents are really good people—they just are not meant to be together.

It seems that everyone in Hollywood is getting married younger and younger these days. What’s the timing going to be for you?

I don’t really have a plan. I’ve lived a very big life, and I don’t feel my age, and I feel like I was born to be a mother. Sometimes people speak about [having kids] like, “Your life ends—you’re never going to be able to do anything again!” And I’m like, “What are you talking about?”

Motherhood is the most beautiful, exciting thing, and there’s nothing that I feel like I can’t accomplish while having children in my life. I would sacrifice having more years of being wherever I want whenever I want for years with my kids.

Interview By Lauren Brown
Photos by by Peggy Sirota

Read the complete interview with Hayden Panettiere in the May issue of Glamour, on newsstands April 9, or download the digital issue on your tablet right now.