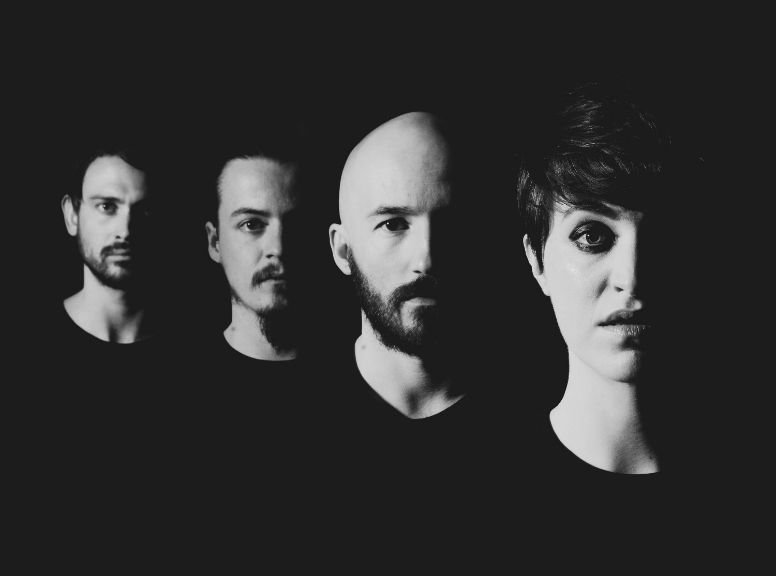 
Hi HAWK! How are you today?

We’ve been big fans of you guys for a while now and 2016 seems to have been a great year for you guys so far, what’s the plan for the rest of the year?

Matt: We’re currently back in the studio recording a new set of songs that we hope will be ready after the summer. We’re heading to Ireland for a tour in June and playing a few festivals in the summer. We hope to get some shows around Europe in the second half of the year as well. So plenty to look forward to.

Your new EP ‘HAWK’ feels like you’ve really found your sound now – are you happy with it?

Matt: Happier for sure. I think it is the first time we’ve managed to make all of our influences make sense without sounding like two or three different bands at the same time in the same song. We’ve had a great few months working on new material since and it feels like the pressure has been released…slightly.

Can you tell us a bit about the singles ‘Once Told’ and ‘The Hunt’?

Julie: We wrote ‘Once Told’ as a response to the lack of fair abortion laws in Ireland, which is my home country. It’s all about frustration against a system that doesn’t support women – especially those in need of impartial help – and the claustrophobia of having to operate in secret, which thousands of women do every year.

‘The Hunt’ is more universal; it’s about letting go of doubts and preoccupations and fighting for what you believe in. A lot of the ideas on the EP are about choice, or the frustration of having choice taken away from you.

The videos for both these tracks are also incredible, were they fun to film?

Matt: ‘The Hunt’ was definitely fun as we were with a group of our friends for a couple of days and had a great weekend. ‘Once Told’ had a bit more pressure because of the subject matter and we wanted to make sure that we were able to make our points without things being blown out of context. But it is always great to work with James Byrne and we’re really happy with the response.

Can we catch you live any time soon?

Matt: Yes! The Victoria in Dalston on the 26th of April. We’re playing with The Van T’s and Beach For Tiger. We are big fans of both bands and we are delighted they agreed to come and play.