This Thursday evening, viewers will see the world’s most famous fish and chip shop chain, Harry Ramsden’s, get the “Undercover Boss” treatment on Channel 4, as new CEO, Marija Simovic changes her name and dons an elaborate disguise to discover what really happens at the sharp end. 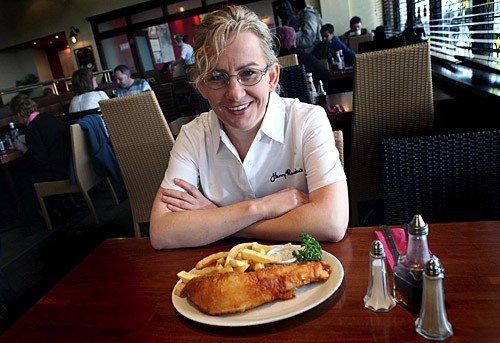 As fish and chips reached an iconic 150th anniversary, the business was recently brought back into British hands with ambitious expansion plans for the UK and overseas.

But first, there’s much to be done in this country to turn around Britain’s oldest restaurant chain, as Marija discovers when she takes on various trainee roles in the company’s outlets as new recruit “Millie Percy”. 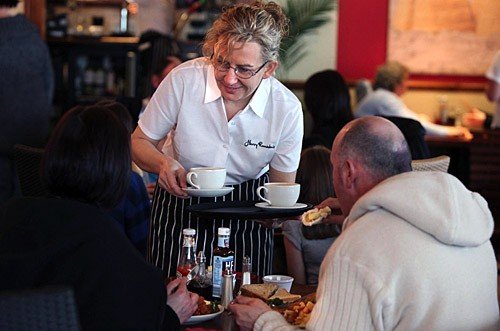 39 year-old Marija is the only female CEO featured in the hit series and the business’ new owner has tasked her with restoring the much loved chain to its former glory.

“Harry’s is a British institution and I’m determined to put it back on the map”, said Marija. “It was nerve-wracking going undercover but the whole experience has really opened my eyes to exactly what needs to be done.

As a result, we’re hard at work refreshing the menu and the stores, all centred around what our customers tell us keeps them coming back – the taste and quality of our fish and chips”. 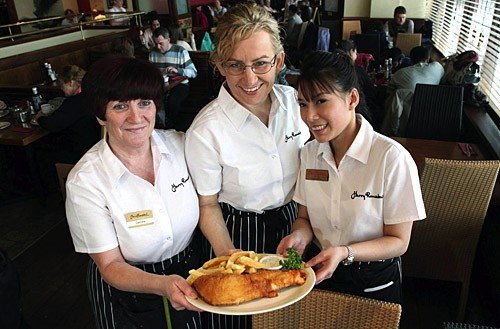 “It’s not going to be easy. But what impressed me the most was our wonderful workforce, many of whom have been with Harry’s for decades”.

Viewers will see an emotional conclusion to the programme as Marija reveals her true identity to shocked staff and rewards the unsung heroes encountered on her journey.

Founded in 1928, there are currently 34 restaurants and takeaways within the Harry Ramsden business including the largest fish and chip shop in the world in Guiseley, Leeds.

The new owner, a West Midlands-based food entrepreneur, has plans for 100 more stores in the UK as well as taking British fish and chips to India and China.
Marija Simovic, Harry Ramsden’s
The new head of Harry Ramsden’s goes undercover to find out how the fish and chip chain
Thu 29 Jul, 9pm on Channel 4
www.channel4.com